Our modern existence revolves around technology. It’s not like technology is a new thing. In some form or another, tools and implements of various kinds have helped us in our development from the beginning of time. But sometime in our history, on the way to industrialisation, this technological progress came at the expense of older instincts and memories. In a pre-technological world human beings lived in a state of complete awareness of nature — they had little choice because they were very much a part of the greater ecology and were at the mercy of its vagaries. It might have started as fear of the natural elements, but at some point it had certainly reached a stage of respect. Human beings respected nature and learnt of its intricacies and nuances so that they might survive and thrive in this system. We have now come to the stage over the millennia, when our technology allows us the luxury of ignoring nature and natural forces in our daily lives. We don’t think about it because we don’t consider ourselves to be part of it anymore. In this state of imagined independence, it is little wonder that the environmental movement doesn’t have a wide spread, grass-roots acceptance. How do we think of the greater scheme of things when our only thoughts of nature is a sense of disconnection?

This disconnection is a complicated issue. It is not simply something that can be switched on and off at will. So if we want to understand the current state of the environmental movement, and why it hasn’t caught on in the minds of the masses to the required degree, we need to understand this sense of disconnection from nature. Not just in terms of casual buzzwords like “urban sprawl” and “concrete jungle”, but rather in terms of fundamental human attitudes. In my reckoning these are some of the major human thought processes and the elements of our recent culture that have disconnected us from our environment: 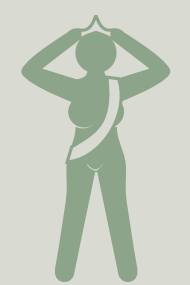 Commerce — the great leveler. At least that is how we like to see it in the juggernaut of a capitalistic consumerist paradise that we have built for ourselves. But from the very beginning, the last concern in any good salesperson’s mind has been parity. No, any marketer worth her salt will tell you that it’s all about Unique Selling Proposition — to put it more simply, differentiation.

Branding and packaging were born very early in the game from this need to separate one product from the rest. If you wanted people to choose to buy from your stock rather than from someone else’s, you had to make it look like your’s was special. Nowhere was this more obvious that in our foods — the very things we choose to put into our bodies. With the growth of commerce, the days of cart-fulls of wheat were long gone. Now someone needed to prove that their wheat was better, so they put it in a very special sack with their name on it. Suddenly, wheat wasn’t something you got off a dirty cart pulled by a stinky horse from a dusty farm, it was now a neat package you picked up from the grocers and hauled back home. There you would grind it in your own little mill to make flour, and after many hours of intensive labour you had a slightly crusty loaf that could serve as nourishment. 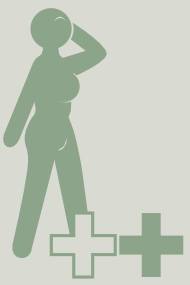 “Hold on!”, thought that first enterprising grocer, probably nestled in some cosy back alley in Mesopotamia. “If I could grind the flour for them, I could sell them less wheat for more money!” … or better yet “If I could bake the bread …”, or “If I could cook the meat …”, or “If I could make a sandwich … ” — and lo and behold, in a short span of four or five millennia humanity developed it’s most shiny invention yet: McDonalds! Welcome to the world of added value.

Now obviously I am simplifying things in separating the development of branding from the idea of added value, but I do so because it is very important to realise that these two things, while related, were very different creatures. While branding differentiated the raw natural produce from the commercially marketed one, added value was a whole lot more profitable and much more damaging to the human psyche. With added value, human beings had unknowingly discovered the secret to what the alchemists had been looking for for ever — the ability to transform one lesser material into something completely different and much more valuable.

When that first adventurous grocer set up a small mill and oven so that he could sell loaves of bread directly to his hungry customers, he had indeed found the Philosopher’s Stone, and he didn’t even know it. Unfortunately while humanity rejoiced at the convenience, and while we took thousands of years to move ahead from there and invent an automatic bread-slicing machine, the rift between us and nature had already begun to form all those millennia ago in the back streets of Mesopotamia. The creatures that had so far looked to nature to provide them sustenance through wheat, now looked at a mere human being as their supreme provider: the local baker. 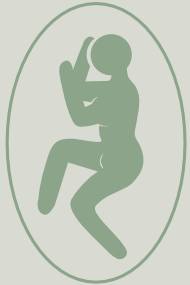 Slowly but surely, we forgot where bread came from before the baker magically pulled it out from a glowing oven. And just as sure we have forgotten where we came from, or rather where we come from. The very fact that it is so acceptable a turn of phrase to refer to our coming from nature as having happened sometime in the past, shows how deeply seated this perceived isolation is. We still come from nature because we are nature. We aren’t magically produced in noisy maternity wards by mysterious masked figures in green, any more than bread is created by the baker in white.

Yet, our modern technological existence has provided us with the comforting illusion that we are somehow separate, somehow different. Some of our religious beliefs have been no help in this regard, but that topic is for another article in this series. We now talk of the Earth as a separate thing, as if to say we are just observers and not really part of its intricate system. We talk of environment as an external thing, as if we are not merely minute cells in its great machine. We talk of nature as an opposing force, without realising that all we are doing is fighting ourselves. Because we are as much a apart of nature as the many endangered animals that some of us shout so hoarsely to protect.

But we still think of ourselves as isolated from the larger system that is this planet, and it has become easier and easier to think it. Sitting in closed rooms in tall towers in large cities, with electricity buzzing through wires, and digital signals floating through the airwaves, and electronic music sounding magically in our plugged ears, it becomes quite easy to think of ourselves as distinct from all those animals and trees that exist somewhere out there. Our technology and progress has isolated us from the very source of our being, and in many of us, this mostly voluntary isolation has developed into a much more dangerous symptom as we survey the cityscapes at our feet. 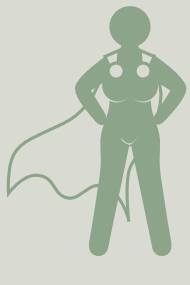 The giant leap of faith from worshiping the Goddess of Spring for her generous bounty to worshiping the maitre d’ at your favourite fine dining place hasn’t seemed like much of a challenge to our very adapting species. But an even greater leap has taken place silently in the background, through a series of small baby steps through history. We who once feared nature, have now come to think of ourselves as superior to it.

Those of us who think of ourselves as more educated in these matters might try to vehemently deny this accusation, but deep down you know it is true. All of our apparent powers of technology have lead us quite neatly into this delusion, and I know that even as they read this some people are very convinced that human beings are in fact “better” than nature. The fact that that statement is beyond right or wrong and just plain ludicrous shall never enter their thought process. What started as a positive instinct to challenge nature’s constraints and push the barriers of what we could archive as natural creatures has been twisted beyond the original spirit of the thing.

A part cannot live without respect for the whole as we are trying very hard to do. With each passing day we try to further increase the realm of our powers and what we try to control, but ultimately any scientist will tell you that these attempts are futile. The only way for the part (which is us) to survive in the long run is to work in harmony with the whole (the environment). Any thoughts of domination and superiority are not just unrealistic but immature.

This is where we stand. Our need to hide nature, and then to transform it into more pleasing forms for our convenience has led to us thinking of ourselves as isolated and ultimately superior to nature itself. Human beings are part of this giant system we like the call the biosphere, and a part of a whole can’t be superior or inferior to the whole, it is simply a part.

To better explain this situation let me tell you a story. Many millions of years ago, there were these sub-microscopic single-celled creatures in the primordial waters of Earth. They could convert certain simple chemical nutrients into high energy molecules. This is how they fed and this is how they multiplied. There were other single celled creatures who fed on larger particles and other cells, who could break them down into their component chemical nutrients with great efficiency but could not produce high energy chemicals from them. This meant these ancient microscopic creatures were in a bit of a stalemate. The larger cells could move around a bit and feed on more material, but they were slow and sluggish because their internal process depended on the slow and sluggish break down of material. The small creatures could produce high energy molecules and might even have been able to move around, but they couldn’t break down large particles. They required simple chemical nutrients to feed on which were in short supply.

Then, one day, by chance, or by some mutual agreement that is lost in time, these two types of cells decided to work together. The smaller cells started living inside the bigger ones. The large cells fed on particles and broke them up into simple nutrients which were passed on to their small occupants. The smaller cells took the nutrients and produced high energy molecules which the newly formed parters could then use to be more active and adaptable. And thus a whole new more active form of cellular life was born and grew, until it moved onto the land and took over the entire planet in it’s multitude of multi-cellular forms.

The human race is like those mitochondria in the larger biospheric cell, but with one important difference. Humanity can’t survive without the environment, but the environment wouldn’t lose any sleep if we were gone.

That is the truth of our existence on this planet, a truth we like not to think about. Which is why, in my next article I look at denial.

The Environmental Movement and Why It’s Not Working