It is a very sad day indeed, when a legitimate and serious human issue becomes fashionable. It finds itself in the same un-enviable position as those “significant” books that catch the public imagination in a sudden sweeping wave. You begin to see the book everywhere — people carry it with them to work, they display it proudly on their book shelf, and they make sure they are seen flipping through it in all the most public places. Why would this be a sad situation? Because a trendy book is often mistaken for a popular one. The list of “significant” tomes that were bought by millions, read by some, and understood by few is too long to itemize in this article, and unfortunately the story of popular causes is along the same lines. The environmental movement picked up a lot of steam in the hippy culture of the 60’s. Fortunately, as much as that era might be celebrated in myth, back then “green” was still simply a colour and eco-friendliness was a fringe (if vocal) movement, as were the flower children. Over the successive decades, the changing climate patterns, a renewed interest in spirituality, a hectic data-soaked existence, and a romanticisation of the 60’s to some extent, have resulted in a mass growth of the environmental movement. Now a lot of people who can’t really pronounce “environmentally” know that “green” is the new cool thing to be. At long last the environmental movement has the dubious distinction of being a matter of fashion.

Fashions come in many guises and many sizes. The same has been true for the green movement through the last century, and it continues in present times. The environmental issues, and their popular paraphrased versions that most people hold as true, have birthed many schools of social fashion. They all form the mass of thought that makes ecology a socially acceptable topic of discussion today, but they are also quite distinct from one another. The schools of fashionable thought regarding the environmental movement today can be roughly divided into these:

1] Eco-friendliness is for Losers 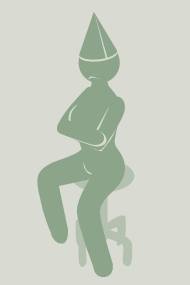 This is probably the first bit of herd mentality that the environmental movement faced back in its glory days during the flower power revolution. It was an expected reaction of an older generation towards the counter culture of a younger generation — all that long hair and weird clothes didn’t help build any bridges either. As young people sung the praises of nature, their parents huddled closer to their refrigerators, washing machines and other modern conveniences, and woefully lamented the death of human culture as they knew it, and the misguidance of the next generation. For a bunch of people who had spent the majority of their adult lives in the 50s with its celebration of modern technology and the conveniences of labour saving gizmos, eco-friendliness was for losers. Unfortunately those losers happened to be their offspring.

That was then, but this looking down on environmentalism isn’t just a relic of bygone times. With today’s more mass-market resurgence of all things green in the public consciousness, it is obvious that a counter movement would also take hold. While “green” might be the politically correct colour of choice, there is still a fashionable school of thought whose very purpose is to advertise the fact that they are not eco-friendly. These people pride themselves on their personal riches to some extent. Perhaps it is all about boosting their own self esteem by showing how little conservation matters to them, because in a world still obsessed with material wealth, any sort of conservation is seen by some as a indication of lack. It’s not the impression people like to give. But that is the sinister side of it. If you wish you could see these opposers of ecological harmony as a brave new counter culture that are fighting off the enforced morals of the conformist majority. If you look at it in that light, you could think of these people as the punk movement of the new millennium. Maybe you could see them as almost heroic. I’m sure they do.

2] Eco-friendliness is for Winners 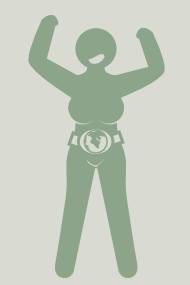 You can’t have counter cultures without the prevailing culture of the time, and if the popular media is to be believed, the environmental movement is very cool and happening in our current age. You can’t open a single publication without some opinion piece about the planet’s ecology, or some cute article telling you how to save the world in a miscellaneous number of easy steps, numbering less than eleven. There are television programmes, there are movies, heck, there are even fast food kiddy-meal toys that are trying to sell you the environment in a small easily digestible package. We might just be seeing the pinnacle of environmental consciousness in the modern era … as a popular trend.

What does all this popularity mean? Does it mean that people are now significantly more aware of how to lead a more sustainable existence? No, they think they do, but ten tips just doesn’t quite cover it. Does it mean people are significantly changing their lifestyles in order to make a positive difference? No, some people do make drastic changes, but most make small cosmetic changes that quieten their conscience and improve their social karma. The problem is that just like the anti-environmentalism culture, the new eco-friendliness is also a social trend. It isn’t based on understanding or the dawning of some new truth on the educated peoples of the world. People are eco-friendly today because it’s the acceptable thing to do. It is like being interested in spirituality and the occult was in the late 19th and the early 20th centuries in the occident — it gave people a common ground to talk about and a satisfaction in their enlightenment. Let’s just say almost none of those people achieved nirvana, or even quite understood what it was, and almost none of us are going to come into the sudden realisation of how the ecology and all its threads of life function on this planet. If we did, then this discussion would be moot, because we would all have stopped making such an ecological mess.

3] My Eco-friendliness is Bigger Than Yours

When a popular fashion sweeps over society like environmentalism is currently doing, it doesn’t take long for it to progress into a competitive sport. When we behave in a certain way with the conscious awareness that we are being watched by our peers, our competitive natures make it an unavoidable eventuality that we will soon be playing a game of oneupmanship with those peers. Being the popular thing that it is, environmentalism encourages people to be part of its juggernaut force because “everyone is doing it.” If your neighbours are rampant recyclers, you might feel the urge to recycle too. If the neighbours you secretly don’t like are recyclers, you might feel the urge to out-recycle them, just to show them who’s boss and make them run crying to their mother natures. That is, unfortunately, the depth of a lot of the grass roots affirmative action that is currently in vogue in society.

Fifty years ago, going to a gym wasn’t a popular pastime for everyone. Today you would be hard pressed to find even completely unhealthy people in many urban societies who don’t make, or at least claim to make, their daily pilgrimage to the gym. And then most people take it a step further and cross swords over who is visiting the trendier gym, or the more expensive gym, or the more obscure gym. As little as fifteen years ago, coffee was just another hot beverage. Since the advent of Starbucks and its many comrades, we all suddenly need our morning coffee like never before. Not only do we all need the coffee, but we now compete on who needs the bigger bucket of it in the early morning hours, or who has a more exotic blend as their favourite. Trends and fashions breed these kinds of competitive behaviours but trends rarely last long in the larger scheme of things. Environmentalism is currently fashionable and we are all falling over each other to out-smart and out-green the competition. Unfortunately, I’m afraid that like all trends, this too will pass.

Fashions come and go and society moves on. But while it lasts, every trend has people convinced that it is here to stay. Environmentalism, even if ineffectual in its scope, is popular today. This state of grace pleases many. They go by the figures, the media coverage, and the marketing hype. If you looked around at all the publicity and attention the environment gets in the media today, you would think the entire planet and every last soul on it had turned over a new leaf. But as with most fashions, appearances can be deceptive.

Positive change does not come from things people do out of external compulsions. Social fashions are a compulsion which few recognize to be as such, but the fact that their effect can disappear once the trend has passed is testament to their temporary nature. Some people might be swept in with the green culture and some might revel in shunning it, but both those reaction are based on an eco-fashion that cannot last without a deeper understanding. Some have even become competitive about their love for the ecology, and even that is doomed to become old news in time. The only thing that might survive from this new found environmental competition is sadly not a positive offshoot. Snobbery and competition in ecological behaviour can only lead to a more dogmatic belief system regarding the environment, which we are already beginning to see.

Dogma is as far removed from understanding as fashion is from it, so the next time I tackle religion and the religious side of the environmental movement.

Maybe the Ozone Hole Will Disappear If I Ignore It