In spite of all the seemingly irrefutable evidence and the never ceasing campaign to increase awareness, I am sure any comprehensive survey of the views of every last human being on Earth about the environmental problem would result in the following majority response: “What environmental problem?”. This is not simply me trying to be cynical about the issue. In fact, what I’m trying to point out is that one of the major stumbling blocks preventing the true acceptance of our planet’s environmental degradation by the population at large is cynicism.

1] A Lack of Knowledge 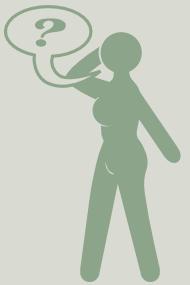 A large section of the world’s population never gets the benefit of a formal education. For the rest of us education ends up being too formal. Sure, we are all taught enough of the sciences to cover almost every issue facing the Earth’s ecology today, but how much of that do you remember now?

As kids we’re bombarded with garbled facts and figures about Photosynthesis, the Nitrogen Cycle, Cellular Biology, the Climate and various other aspects of Earth science. I say “garbled” because while everything we are taught is true, it’s never arranged and presented to us in a way that would make it meaningful and memorable. The majority of us simply forget, and leave the halls of academia almost as ignorant about things as when we stepped in.

2] A Lack of Understanding 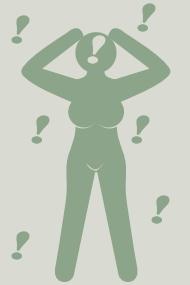 Knowledge is all fine and good. But let’s say that we could theoretically give every individual the facts and knowledge pertaining to ecological systems and issues, will that automatically grant them the understanding of how all this truly functions and malfunctions?

The Earth’s biosphere and all its constituents integrate and co-exist in complex webs of interdependence. These are systems that cannot be really simplified into quaint formulas and convenient step-by-step procedures. Our modern human tendency to think in very technological and mechanistic terms hinders our ability to truly grasp the functioning of natural systems. (This I will cover in more depth in the next article in this series)

This general lack of understanding makes it very difficult for people to grasp how their refrigerator could be destroying a thin layer of atmosphere on the fringes of space, and what that has to do with their 9-to-5 job and their day-to-day life. What we don’t understand we often don’t believe.

3] A Lack of Observation 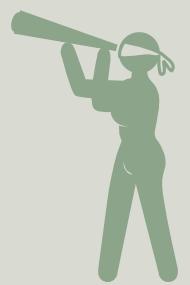 Knowledge and understanding still remain in the realms of the theoretical for most people. We are all taught to believe what we see, or hear, or experience, rather than what we know. Unfortunately environmental changes rarely occuer over a a few minutes. Changes take years and decades and centuries and the human mind often has a very bad capacity for long term memories that are not directly personal. We miss most of the broad changes that are taking place around us.

If this winter were just as cold as last winter, would you truly observe that this winter was much colder that what you experienced 20 years ago? Unlikely. Add to that the fact that most of us aren’t very observant anyway and you get a population of individuals who don’t see any down-to-Earth proof of all these drastic changes and disasters that are said to be affecting our world. There is little wonder then that a sense of cynicism against all claims of environmental imbalances and changes creeps into the mix. 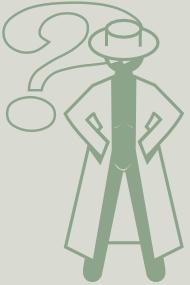 When we do not know and do not understand and cannot see, we don’t believe it. That is unless the case is made by extremely trustworthy sources. Who would those be? Politicians? Religious leaders? Celebrities? Brainiacs? Scientific Institutions? Do we really trust anything or anyone any more?

You would be hard pressed to find a simple answer to that problem. It would seem the general trust of the population is moving away from institutions and towards brands. People seem to trust whatever new toy Apple spews out every few months, or maybe Coca Cola, or some other big name marketing juggernaut. But even that bond isn’t sacred because it can be very tenuous and fickle. Fashion, trends and brand loyalty isn’t quite the same as trust. One day a Coke fan and another day a Snapple fan is not an uncommon situation and those sort of shifting loyalties don’t translate well to the acceptance of serious issues like the environment which require sustained long-term effort.

The lack of knowledge and understanding are the deficiencies that are most commonly addressed by the environmental movement through awareness campaigns. But the more important turners of opinion would be getting people to observe the changes and damages themselves, to trust the information they get, and the source they get it from. Those are not as easy to pull off and that remains the prime reason for a cynical view of environmental issues in most minds.

Next time, I look into disconnection and how that affects people’s perceptions of the world around them.

The Environmental Movement and Why It’s Not Working

Burgers are Made of WHAT?!