Cynicism, disbelief, and ignorance plague the progress of the environmental movement, but surely there are a good number of people who do know and do realise that the impending crisis is real. There have been enough advertising dollars spent on the awareness campaigns, and enough beautiful famous people on red carpets have showed their support for the cause — that’s enough for most to accept as the sign of truth. So how can there be this large and visible imbalance between the awareness level and the level of consistent action in the direction of conservation and eco-friendliness amongst the general population? The simplest conclusion we can come to is that in spite of understanding the issues and recognising the dangers, most people are in denial.

“The first stage is denial,” has become something of a clichÃ©. No one quite remembers what it refers to, or in what context that statement was originally framed. To put things back into perspective, the idea of denial being the “first stage” came from Elisabeth KÃ¼bler-Ross who described the five stages a person goes through when facing impending death, in her book On Death and Dying. These stages of grief, as they came to be know, were in order: denial, anger, bargaining, depression, and acceptance. While it might be nice and optimistic to think that all is well because we are still in the earliest stage of this process, please remind yourself where this process is meant to lead — a final acceptance of death. I’m not sure that’s very helpful when it comes to the fate of the human race. While we might in some strange way have already skipped a step and jumped into the “bargaining” stage in the environmental movement (that’s for a future article in the series), this state of denial is something to be very worried about.

If we are smart and have any respect for the good old survival instinct that makes us alive rather than a part of scenery, we should be thinking seriously about this mass denial and what can be done about it. Under no circumstances is it in anyone’s interest (except perhaps the Biosphere’s), for the human race to be casually sauntering towards its impending doom. To reverse this disturbing trend we must first endeavour to understand why so many of us are hiding from the truth of the situation. I think you will find that this comes down to combinations and variations of three human complexes: 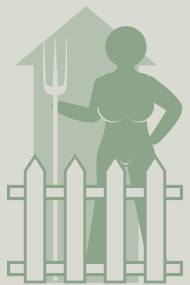 Human beings dislike change. Actually, that is an understatement. Human beings hate change with a vengeance — not just world shifting change, but any change. So afraid are we of any possibility of change, that we are willing to ignore it, hide it, deny its existence, and inflict pain, suffering and death on any messenger who insists on informing us of it. Now that some of us have been informed that the environment is broken and that we’re going to have to make changes to rectify our errors, all the above defense mechanisms have come into play, not the least of which is denial.

Being the splendid creatures of habit that we are, we all realise that putting an end to ecological destruction and reversing these damages is going to be a lot of inconvenient work. Our current way of life will need to be altered to make way for new technologies and new techniques, and it doesn’t matter if these new ways might be even more convenient or luxurious, our adrenalin doped heads tell us to oppose everything anyway. We’ve gotten used to the way things were. It took decades of campaigning and marketing to sell people the idea of a horseless carriage. The initial adopters of the automobile were treated with ridicule and even malice from some quarters, but try to make any vague suggestion of replacing all that polluting fossil fuel with some other technology inside the cars today and you will face as much opposition, and as much ridicule.

Bad habits created the ecological problems, and bad habits are still holding back progress towards a more symbiotic relationship between humanity and the biosphere. We think of ourselves as creatures of higher intelligence but you will find that there are many seemingly lesser creatures who adapt to changing situations much quicker and much more intelligently than we do. We on the other hand like to have our coffee with exactly two spoons of sugar, our newspaper at exactly 7:00 am, and our combustion engines at exactly the dreadful efficiency that we’ve grown to love. It’s tradition.

2] A Sense of Impotence 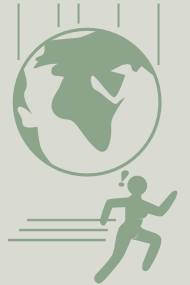 Part of this fear of change comes from a need to feel like we are in control. In case you can’t stand the suspense and want to skip to the end, let me tell you right now that we are NOT in control — we never were and we probably never will be. So there!

I mean a sense of impotence here as the opposing force to a sense of importance. When faced with the environment, nature, and the entire planet, the individual human being feels rightly insignificant — on that scale of things, human beings as individuals don’t really matter, have no power, and can’t even be considered a measurable factor. You can see how this would make a lot of people cross. How dare the planet make them feel like nobody? Doesn’t it know who they are? They can make sure it never works in this Solar System again! Or at least they’d like to think so. And this feeling of insignificance pales in scale to what we would have first felt when we first looked up into the dense night sky. You can still wrestle with that feeling if you’ve ever been lucky enough to be away in the wilderness on a moonless night. It is to avoid precisely this sort of nonsense that we’ve fortified our cities and towns well with a lot of dazzling lighting, so that the world of humans can seem the brightest and the most powerful, and no one need ever be intimidated and fascinated by the stars again.

If we can dazzle out the stars from existence, we are certainly capable of ignoring the fact that there’s a whole biosphere out there which doesn’t really like our manners. We can further ignore the fact that in spite of our brazen and highly effective campaign to mess with the planet’s ecology, we don’t matter in the long run. The planet will survive perfectly well without us and the polluting human race would have been a mere spec of a few millennia in the billions of years of history of this celestial body. This and similar truths we can ignore to our convenience at the moment, but only at our own peril. 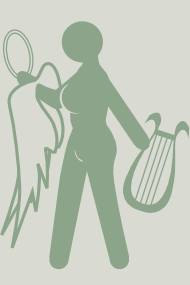 When we talk of peril, and the fate of the human race being at stake, and the environmental apocalypse that some would like to predict (any apocalypse will do for some people), it might remind us of our mortality. But I am not one of those who think the possibility of death can be a good goad to push stragglers into action. Quite the contrary.

As I have mentioned in a previous article in this series, most of us lack the simple ability to observe the slow but significant changes occurring in the world around us. Ecological changes take time and are often not as dramatic and apocalyptic as some would expect. It is true that at a certain tipping point the situation will deteriorate rapidly into the catastrophic for human life, but the environment as a whole doesn’t change in giant leaps and bounds. This slow rate of change, unfortunately, gives many of us some amount of unconscious solace. We might fear change, and the uncertain, but we also fear the only certainty – death. Paradoxically, because humans are very strange creatures, death is also something we sort of depend upon, being the only certainty. We might fear death, but we are more afraid of a fate worse than death, suffering. As long as all this catastrophic environmental breakdown is happening slowly and will happen sometime in the far future when I won’t be around to suffer, what do I care?

Death is an easy way out. An escape, and a guaranteed one at that. As long as you get the timing right and beat the environmental apocalypse rush, you’ll be fine. Just coast along and ignore the fact that anything is wrong and continue doing all the things that you’re doing. The next sorry bloke who takes your place on this wretched planet can worry about it on his shift.

All this might sound dramatic, but it is true. The vast majority of us choose to ignore the truth of the ecological situation and might even have convinced ourselves that nothing is wrong enough to bother about. This denial runs deep, and our fear of change and accepting change is an important factor in the charade. Add to that the inferiority complex of the entire species, and the separation from reality increases to a whole new level. You could, in fact, level at our species the very same accusation of callousness and immaturity that is often leveled by societies against the “new rich”. People who come into riches after knowing great poverty often have more to prove and go around brandishing their new found wealth in an immature manner. Perhaps that is a human race in a nutshell.

This wouldn’t be as much of a problem if each one of us knew that we would have to face the consequences of our actions. There too, death and religion come to our rescue. Not only will you not be around to suffer all this environmental mess for too long, but you’ll even be in Paradise as long as you said all the right prescribed things and did all the right prescribed rituals – there’s nothing in there about going to Valhalla for treating the planet right, unfortunately.

I have a separate article planned on the religious aspects of the environmental movement, but even as it pertains to the reasons for denial, this religious competition and fervour has a lot to do with glorifying our tendency to carry on regardless. We see nature as something separate, and anything separate is obviously against us. As with terrorism, many possibly delude themselves into thinking that making any changes to their lifestyle would mean that the environment had won. We can’t let the environment win, that would be treason against the human race. And so we must continue having our coffee with exactly two spoons of sugar, reading our newspaper at exactly 7:00 am, and running our combustion engines at exactly the dreadful efficiency that we’ve grown to love. It’s tradition.

In my next article I look at the effect of hype, hoopla, and shock tactics on the part of the environmental movement.

Green is the New Black