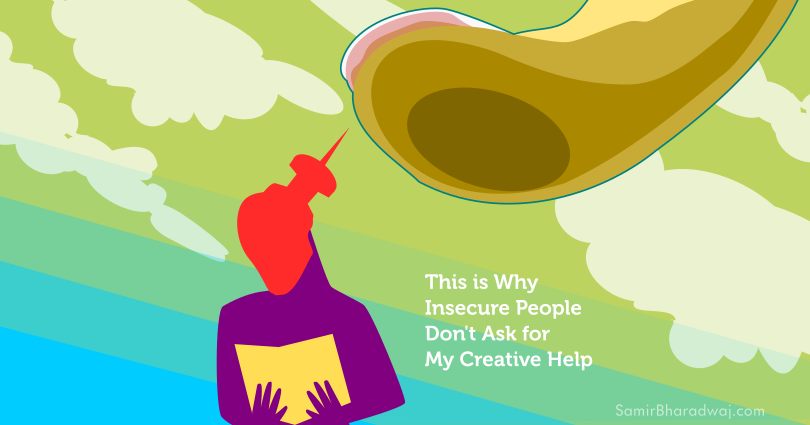 I‘m not a social butterfly, but I know enough people closely enough who know what I do, and know some of what I’m capable of. Most of these people rarely ask for my help.

Now, I’m the master of not asking people about things (sometimes) and figuring them out in my own way, but I’m what many will call mad and an extremist. When I decide, I actually do figure things out eventually and come up with my own way of doing things. Often, that way is at least a bit better than the conventional, for my purposes. It takes time, it take effort, and it takes a certain persistence of learning and will which few people will go to the same lengths for. This is how I understood and learnt all the things that I do.

The mediocre will be king

I’m all for people doing things their own way, on their own, but they don’t. They just ask someone who seems flashy in their talk and is wearing the right trappings of expertise, though clearly a mediocre one.

This happens often. To say it happens “to me” is giving it too much personal importance. More accurate to say I see it happening around me. Friends of various ilk will inevitably go out there and get something done after asking someone who’s been doing it for a few months or years, and talks about it incessantly while most often being painfully average at it.

People have ignored my potential help, or simple guidance, in the realms of photography, papercraft, drawing, design, logos, websites, typography, illustration, and many many other even more eclectic subjects, which they know for a fact I have vast expertise in, or at least a good understanding of. Everything I do professionally, I have been doing for 2 decades now, and everything I started as a hobby I have been doing for 3 decades. It doesn’t require any megalomania to say that most people don’t know anyone who has done these things for as long consistently as I have. Yet they ignore that and go out there to ‘get things done’.

Things don’t get done. They are often very flawed or down-right bad. I do get to hear the complaints later, because somehow my obvious expertise is of great help after things are ruined. Mostly it’s just the social currency of telling me you paid someone else real money to do a terrible job, or no job at all, and how that is supposed to impress me anew of your personal prowess, but there you go, this inevitably happens too.

An important point also is that other people are paid good money, or sometimes decent money. Sometimes when I’ve been particularly in a foolhardy situation, I’ve even been then called in to fix the problem that should never have happened, and then not been paid for it.

This commercial aspect bothers me, of course, that somehow my professionalism is not worth as much as whatever “clever” kid they found who messed it up, but what usually hurts more, when I let it, is people who have easy access to me not bothering anyway, even though a lot of my advice could have had nothing to do with commerce.

Let me move past the “hurt”, because it’s not a feeling too often found in my obsessions, and it’s one I work actively to keep at bay. I am at best distant from most people, distant enough that their actions perplex me more often than causes me emotional damage. This entire discussion of not being considered pivots around a paradox that needs some expanding on.

Many people I know often flatter me about my abilities. Most often as some sort of divinely granted talent or gift, it’s true, rather than the hard work and persistence it actually is. People don’t shy away from throwing around hyperbole like “genius” these days. I truly think that is ridiculously uncalled for and is just more meaningless social currency, but even toddlers who can toddle are called geniuses today, and we’re not considering my thoughts here, but those of my flatterers.

These many declarers of my genius will also, paradoxically, often throw me advice on how I should run my work life. Ranging from the ever useful “You must do something”, to more detailed scenarios about how I should get out there more and be a more successful genius, all in the realms of work they have very little to no clue about. All while providing examples of people they think are “just like you”, of course.

That paradox and silliness is mostly what this ramble is meant to call out. Give advice to the “genius” about how “the world” works, a world you have zero knowledge of, and then when it comes to using their expertise or especially paying for it, don’t bother. This repeated experience of clueless people, however personally dear to me, giving me platitudinous advice but choosing to never consider mine is worthy of calling bullshit on, and so I am doing just that here.

Ultimately it seems to be a lot of social programming, which requires people to make you conform, because they have done so in many ways and to varying degrees. Like the married couple who will complain about the state of matrimony while also trying to fix you up with every living thing that’s single and moves, there is some inherent need for people to try to get you in line. They will, however, avoid anyone who won’t toe their line, even if it means failed projects, endeavours and notions.

Failed outcomes can, after all, be blamed on the other person. At least then you’re left with your harrowing tale of battling with the evil incompetent person who gave you a raw deal. All along you knew what was right and were taken for a ride. The personal story of suffering is so much more attractive to some than a story of someone else doing something good for you which you had not as much dramatic contribution to.

This, of course, is theoretical and analytical. Most people who don’t come to me don’t even know when something was designed to fail from their first choices. It’s difficult to admit that we don’t know, and so later stories will be told about all sorts of external reasons why the perfect idea, website, advertisement or picture didn’t work. It was not the right time, the government, the terrible customers, the vested interests. All that but never the bad decisions we make and the wrong people we chose, and the wrong things we talk them into doing.

I know a lot of people and they don’t often ask me for help with things I’m good at. However, every last one of them who has never been in anything but a job, and has never gotten anywhere on their own name without organisational pedigree, still knows perfectly how I should run my business. Especially after I ask for money. 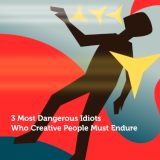 3 Most Dangerous Idiots Who Creative People Must Endure 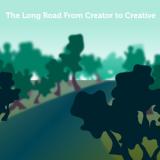 The Long Road From Creator to Creative