Once a school of thought, such as environmentalism, becomes fashionable, the next logical step is for people to impose upon it even more systematic and organisational elements. Very soon the “thought” is far removed from the school and rules and beliefs take over. Who comes up with the rules? Whoever has enough power as the movement congeals into an amorphous mass of people who all believe in, what they think is, a path to enlightenment or meaning of some sort. Beliefs are often open to a little embellishment and a lot of short-hand over time, and the collective faith in the common cause keeps them alive and thriving no matter what their constituent percentage of truth. People accept because they want to belong, to believe, to be part of the club, and they want to be told what to do. This is how schools of thought are slowly transformed into belief systems. Slowly, but surely, the green movement has started down this slippery slope. All the signs exist and all the signature behaviours are rearing their ugly heads. It is only a matter of time before all these human components drive the environmental movement towards its inevitable destiny and it takes its first steps into becoming a religion.

Why am I so sure? Because a lot of the popular following of environmental concerns never troubles itself with such unnecessary luxuries as understanding and factual information. Most of the popular environmental movement is based on hearsay, and if we didn’t live in such a noisy world of information glut, we would probably have had some charismatic environmental messiah appear to seal the deal by now. That’s all that is missing to transform this loose collection of beliefs and mores into a more rigid construct. Every organised religion requires a certain set of behaviours amongst its followers before it can truly be a religion in the traditional organised sense. Remember, I am talking about religion here, not spirituality, or philosophy, or even theology, all of which are very different and less cumbersome beasts. The popular environmental movement has already begun to exhibit some of these proto-religious elements which include: 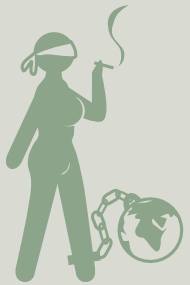 Faith is a very powerful thing. So powerful, that it helps us through times when all seems hopeless. Any belief system relies to some degree on faith, but when faith starts playing a major role in an urgent and logical matter like the environment we must start to ask difficult questions, because faith untempered by understanding is a dangerous thing.

There’s a lot of blind faith involved in the popular environmental movement. That comes from it being a current fashion statement in urban society to be “eco-friendly”. When a lot of people without a deep understanding of a subject become involved in any field of endeavour, they need to depend on given information, even if that given information might not be completely accurate. There is also the fact that blind faith is easier, and removes personal responsibility. All of these factors combined have resulted in a reality where there are plenty of products and practices labeled “green”, or “eco friendly”, or “energy saving”. Masses of people blindly put their trust in these labels without understanding what they mean or imply. It makes them feel responsible, but such blind faith results in nothing of value at best, and at worst it can be the cause of much harm and regression. 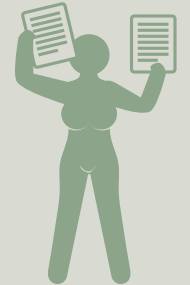 Eventually blind faith must always be followed by the short-hand distillations of semi-truths that is dogma. If people are not willing to take the effort to gain an understanding of the ecology to begin with, it is little wonder that they like to reduce “best practices” in the ecological realm down to easy little prescriptions. What starts as a suggestion or an idea soon becomes written law. The cult of green will follow it because as in all cults, the greatest sin is questioning. What is written is law, and what is law is truth.

This sort of straight-jacketed thinking is already common amongst people who consider themselves great proponents of environmentalism. Blind faith in everything we see and hear in the media combined with our need to be green to fit in results in many of us accepting dogmatic ideas of what is good environmental practice. How many times have you heard someone saying that their LCD screen is eco-friendly because it consumes less energy than their old CRT screen? Now how many of those people are aware of the fragility and chancy nature of the LCD production process that results in very high percentages of defective pieces which need to be discarded? Maybe LCDs are eco-friendly and maybe they are not, but how many people actually know this as fact and how many accept it as truth because they read it somewhere as a “rule”. We are all taken in by the marketing and the rhetoric, which is why many such dogmas about environmental friendliness go unquestioned and unthought. Energy saving bulbs are better. Hybrid cars are the answer. Minuscule amounts of recycling can save the world. How many of these do you believe in and how many of these can you actually prove to yourself with full understanding to be true? 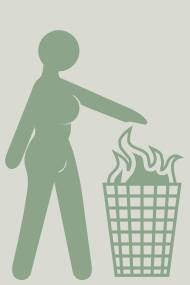 Contractions in ideas often lead to contractions and summarisations of deeds as well. Dogma handed down to us makes us believe we have the answers, and rituals complete the picture by making us believe we also have the tools to solve the issues of the world. The example about recycling I mentioned above is a great place to start. We have been made to believe that every small piece of recycling we do is significant because it helps the environment. Around this particular piece of dogma is built your weekly or maybe daily ritual of taking your segregated wastes to your local recycling centre. Do you drive there? How much fuel do you consume on your recycling run? Is that more than compensated for by the amount of material you recycle? Would you actually save more energy by sitting at home and not recycling your wastes?

A similar questioning would be appropriate for many of the quick tips that we accept to be good environmentally conscious behaviour, things we are proud of. The environment is not a simple game of arithmetic. You save so much energy or you recycle so much material, and you have helped the planet so much. It doesn’t work that way. Human beings are always affecting the environment and we are always consuming energy, no matter what we are doing. We might not always see it because the causes and effects are often indirect and hidden behind the veneer of modern industries and production. Rituals might help us feel better, but do they do anything for the planet? Lets not forget what all this “green”-ness was meant to benefit in the first place. 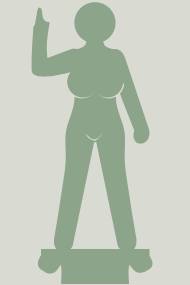 When you have faith in the laws you were given and the rituals you follow, you feel pretty good about yourself. Since all this didn’t come from understanding but from the need to follow a trend, it is only natural to compare your fashion sense with that of your neighbours. That can only lead to you feeling every smug. This smugness comes from taking your blind faiths and your beliefs in prescribed rituals very seriously, to the point where you bravely declare that you are better than the rest who do not happen to agree with your particular view of things. This happens in religion all the time, and the same can be seen in the ecological movement.

For one, there is a runaway sense of moral superiority over people who don’t do exactly what you do, who don’t recycle, who don’t use the right type of lighting etc. But very soon there is also then a sense of moral superiority over those who while in the fold might not be as zealous as you in their practices. Again, mathematics pokes its nose into environmental matters and people begin to compete based on rules they made up for themselves anyway. Just such a practice is all the rage today in the green movement. Today people are earning and striving to gain “carbon points”, an imaginary currency of environmental friendliness, if you will. Like all imaginary currencies, trading and marketing are an eventuality that cannot be avoided, which is why you now have a healthy trade of carbon points in the world. Perhaps if you got some really good people to pray for you on a regular basis, you can continue sinning like there’s no tomorrow. After all, the numbers never lie. 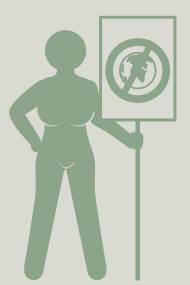 This discussion of the religious side of the environmental movement will not be complete without a consideration of atheism. The environmental atheist is the cynic, the naysayer, the one who doesn’t believe in Mother Nature. According to this group of people, there is no ecological problem, at least not until the Earth sends us an official letter of protest in triplicate. Where the rest might suffer from unbridled faith, these people suffer from a lack of it. The reason I mention this side of things in this article is that if you apply the above indicators to the cynical view of environmental issues you will find that the environmental atheism qualifies as much as a religious belief system as its opposition. The same blind faith, the same dogmatic beliefs, the same rituals, and the same sense of moral superiority exist just as strongly in the atheist side of things as well. There is as little understanding there as anywhere else, and questioning is equally looked down upon, that is unless you are questioning the opposition.

I have no issues with religion per se, but what I do have reservations about are its methods and its results. If the purpose of regular organised religion is to save our souls, one must wonder how many of our souls are saved because that would be a good measure of the effectiveness of the religious transformation of a belief system. Add to that the fact that the environment is not a matter of changing inner beings and emotional satisfaction but more a matter of cold hard physical change, and you have to question how effective an increasingly religious environmental movement is going to be in achieving what should be its ultimate goal: to save the planet and get humanity to live in harmony with the ecology. Anything less than that would be a failure, and in this case you would not need to depend on faith to know that we would definitely suffer the consequences of our trespasses.

Short-cuts of thought and deed are beginning to plague the green movement as it becomes more main stream. Perhaps it’s natural. Life is so much easier when you are given the answers. Not only are you saved the trouble of understanding, but you’re also given quick and painless ways to supposedly deal with the problem. Who doesn’t want that? At the end of the day human beings as a group can be very lazy creatures. So to end our discussion of the reasons why the environmental movement is not working, my penultimate article in this series will deal with the factor of laziness in the ecological equation.

Green is the New Black

How to Make a Website that is Hot, Cool & Green! 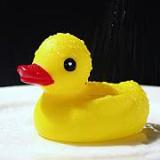 The Yellow Rubber Ducks Now Live Down On the Farm