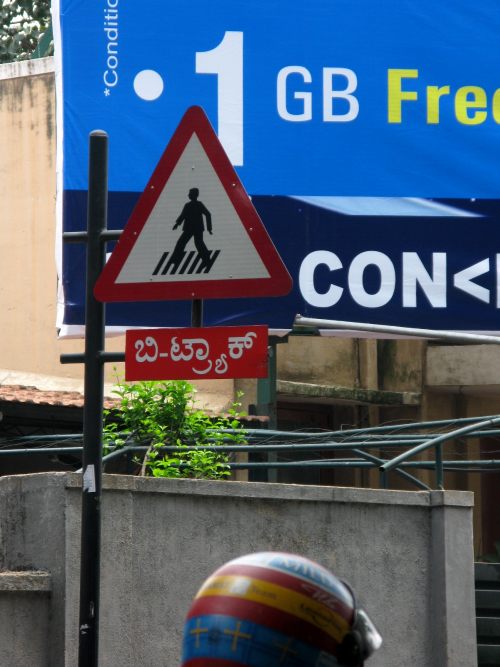 Our trip to India was to last a little over three weeks. Our last two weekends had been fruitful, starting with our visit to Mahim Nature Park. The third weekend was ear-marked for further travelling, but this time it was away from the city, to Bangalore.

The weekend sojourn to Bengaluru, as it is now called, was set to be a very quick one, just three days. We’d booked tickets before hand on a budget airline, SpiceJet, which we had never travelled by before. And some of our photographic cohorts from previous weekend trips were also along for the ride.

Our flight was to leave at around 7:00am on Friday, so we needed to get out early. We were out of the house at some dark, un-Godly hour, just to be safe. A quick walk down the road scored us a taxi waiting out the slow hours of the night. We got in and sped towards the airport. Our driver was a speed demon, nothing dangerous, but he drove like a race-car driver, gunning the engine at all the right places between intersections, and stopping on a dime at all the right places. There was none of that steady pace nonsense with him. It had drizzled a little and some potholes in the road were filled with water. He had an interesting move where he would not so much brake for a puddle, as much as do a quick power-slide in and out of one at what felt like a slight angle. Exciting stuff in the cold morning air for sure.

We got to the Santacruz domestic terminal well in time and waited outside for the rest of our group to join us. I hadn’t been to this terminal in years and it had been transformed. The small white brick building that I remembered since I was a child had disappeared, to be replaced by a fancy pre-fabricated metal and glass structure with an impressive sweeping roof. Outside was a nice seating area with trees and plants, very much like we had seen at the International Terminal on our way in. There were all the usual suspects at the airport at this early hour: businessmen with slim briefcases on their day-trips across the country, a popular model who I recognised from ads and magazines, probably headed somewhere on an assignment, or headed home away from the big city, the requisite stray dogs, who in Bombay always trot around in style, seemingly whistling a tune in their head.

The rest of our party arrived in a green cab, one of those new private taxi companies I had yet to try. We stepped in. The check-in at the SpiceJet counter was fairly painless. The staff was pleasant in their crisp white and dark-red uniforms. One thing all of us noticed was the amount of make-up the women were wearing. It seemed as uniform as their costume and there was lot of it.

We were soon through all the formalities and arrived at the departure lounge. It was a large two-tiered seating area, with one glass-fronted wall holding the gates that led straight out on to the tarmac, and some regular fast-food and coffee outlets along the sides. We parked ourselves near the glass while some of use went off to explore the territory. On the side wall near where we sat, there was a small wooden, wall-mounted cubicle, like an old telephone stand in a hotel, and in it was an announcement microphone and a print out of usage dos-and-donts pasted on the back wall. There was an identical unit on the opposite wall across the lounge, and this, it would seem, was the public announcement system for this lounge, shared by many airlines. Every few minutes, a member of the ground staff in their varying colourful uniforms would step up to the booth, flick the switch and make their announcements of departures and boarding in Hindi and English. Sometimes there was a queue of them waiting for their turn, and sometimes there would be a minor overlap as one of them failed to notice someone else about to begin at the opposite station. All very fascinating to observe.

While that was an interesting system to see in play, what really held my attention was the view out the glass wall. Since we’d entered the airport, the drizzle had turned into a proper downpour. The entire taxiing area of the airport and a clear view of the runway lay spread before us in the torrent. There were at least two dozen aircraft in their brilliant colours, all parked around where we sat. The budget airline explosion in India has led to a cornucopia of brands and with that a cornucopia of colours that are simply beautiful when seen in contrast to some of the more sober colour choices of international carriers. This spectrum lay spread before us outside the glass wall in the early morning light. As the grey grew brighter by the minute, the rain continued, the tarmac was soaking, and in the light every colour reflected off the ground to create an ever moving lake of flowing pigment. It was stunningly beautiful, or maybe I just inherited too much of a fascination with air planes from my Mother.

Eventually one of the extremely made-up ground staff from SpiceJet, those rouge circles were not just my imagination, stepped up to the microphone and announced that we were boarding. Boarding involved first stepping out of the terminal building into a bus, punctuated by a bit of rain. Once we arrived at the aircraft, however, there was more adventure. There was an Indian monsoon in progress out there and we needed to get through the ten metres or so from the door of the bus to the shelter of the stairway that climbed up to the plane. People went in twos and threes as the entry way cleared up. Darted is more like it, but it was quite fruitless. We were all wet within the three seconds we were exposed to the sky anyway. A shockingly refreshing way to start the day, I assure you.

Soon everyone was seated, we taxied to the runway, waited in queue during the busy morning schedule, and then it was our turn to leave. The captain, an American by the sound of him, wished us a pleasant flight over the speakers and we were off. One second we were hurtling through the rain and then we were rising swiftly toward the low rain-clouds, and rising, and rising, we didn’t seem to be slowing down on the rising. I’m pretty sure we covered the vertical 40,000 feet in a record time that morning. We were in the hands of another speed demon, just on a different axis. I was tempted to go up to the pilot and ask him whether he had any relatives in the taxi-driving business in the city.

The flight was good and uneventful, except for a few fairly nasty air-pockets which are routine over India during the monsoons. Thankfully, I’ve been through far worse weather before, and it doesn’t alarm me quite as much any more. Just as quickly as we’d risen into the heavens, we descended through the gorgeous columns of cumulus clouds over Bangalore, on to the runway. After some very dramatic slowing down manoeuvres, I expected nothing less from the race-car driver at the controls, we rolled into Bengaluru International Airport. This, I was very surprised to note, had not just changed in structure, but location too! We were at a completely different airport than the one I had landed in many times before.

The Bangalore Airport I remembered was a barely functional, rudimentary little thing, but the Bengaluru International Airport I found myself in was swanky. That’s really the only word to describe it. It was made to look international and featureless, to the point where I was afraid we’d taken a wrong turn in the clouds and landed at a terminal in Dubai. That was not true, of course, but I couldn’t shake the feeling when we stepped out and noticed the sickeningly organised taxi lines, the special red and white Volvo buses to take passengers to the distant city, and the requisite fast food outlets growing like fungi at every corner.

There was a driver with a vehicle waiting to pick us up. We tracked him down and piled into the hulking SUV. Driving out of the parking lot, the broad roads and concrete spaghetti interchanges still reminded me of Dubai, and then we left the manicured garden bits behind as we headed towards the city. I’ve come to expect a certain madness from drivers for hire, which I think you can count on universally throughout the world. And going by my vehicular experiences thus far that day, I expected nothing less. But this man, while brash, was practically a scholar on the roads, even in the way he cursed aloud when people crossed him. That’s when I was sure I was in South India, and we headed home. 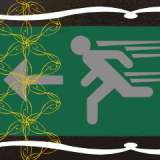