If you watch Rocket Singh – Salesman of the Year, and find it boring, it means you weren’t paying attention. Because if you were, you are guaranteed to either love it or hate it. The film is polarising because it bravely puts forward a view of life that is not only uncommon, but unpopular. In the process, it shows the popular view of life and work for the petty sham that it is. If you are one of the people who want to challenge the status quo of the world, you will love this movie, and if you are one of the many who are the status quo, you will likely hate it. It really is that simple.

Keeping viewpoints on life aside for the moment, Rocket Singh – Salesman of the Year is an absolutely stunning movie, but I think that needs some explanation. This movie is stunning not in its ostentation, or its exuberance, but in its simplicity, which is just the way I like it. No clown’s make-up, no vamp’s make-up, no barbie doll make up, just a simple pretty face, with a brain to match, and eyes that pierce into the depths of your soul and ask you which side you’re on. 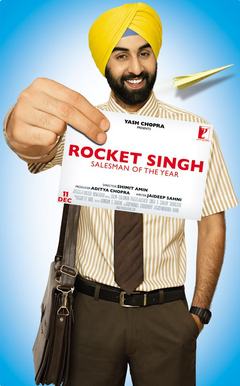 When I first saw the trailer for Rocket Singh in the cinema, I was quite sure it would get things colossally wrong, or astonishingly right. The trailer had Harpreet Singh, the film’s protagonist, standing against an office desk on a plain blue screen and promising to sell the movie to you in 60 seconds. He then talks straight to the audience and tells you why you should watch it, without revealing anything important about the actual film, and then proceeds to do a quick jig to fill the final few seconds he has left over after his pitch. In a world where every movie trailer destroys any lingering mystery about every plot point in the film, this was a brazen move. I’m happy to report it was a bout of bravery rather than stupidity, because to say too much about this film, or to try to describe it would be to diminish it in many ways. All you need to know is that a guy graduates from college and takes on his first job as a trainee salesman. The rest is in the movie.

This film is beautifully written by Jaideep Sahani and directed by Shimit Amin, with a subtlety and finesse which you are not likely to see in films anywhere, barring a few gems. It also brings with it an attention to detail that is quite remarkable. You hear of the levels of detailed planning that go into executing fantasy epics and historical marvels in cinema, but to execute the mundane realities of today in completely unremarkable settings requires mastery of the highest order, and Rocket Singh has plenty of it.

Much is owed to the wonderful acting by all involved. The film works with a fairly tight-knit group of characters and settings, and every character is etched well by the actors. Ranbir Kapoor is a pleasure to watch and gets stronger with every appearance. Here he so comfortably slips into the shoes of the young idealist Sardar living a normal Mumbai life, so as to make it seem almost trivial. All the actors that support him do as good a job, with Gauhar Khan, D. Santosh, Naveen Kaushik, and Mukesh Bhatt as his office colleagues, Manish Chaudhary as his enigmatic boss, Prem Chopra as his loving grandfather, and Shazahn Padamsee as his first client. All the characters are essayed to perfection without ever resorting to making them larger than life, and for that each and every one of the actors deserve applause and the director deserves our admiration.

There is a lot that Rocket Singh does right by not doing. It doesn’t give in to the tyranny of musical interludes out of the necessaity of filling up album space. It doesn’t resort to cheaply injected romantic or comedic sub-plots to placate the fanatic Bollywood audience, nor does it follow the conventions of structure and content that even the best examples of Hindi cinema find themselves unable to break away from, even when it is appropriate to do so. Rocket Singh pares down the Hindi film to its bare minimum, while never sacrificng its heart, so that at the end it is still a Hindi film but with none of the excess baggage that most have come to see as essential ballast on the journey. 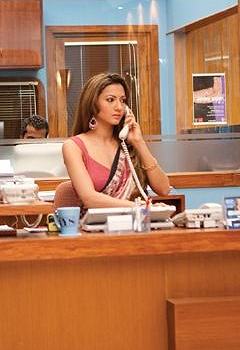 In this and in several other ways, Rocket Singh is a subversive film. It subverts what you take for granted a Hindi film should have. It subverts what you think a Hindi film should be about. And then it goes right ahead and subverts what you think is the good, straight-forward, and responsible way to live your life and do your work. Rocket Singh shows more guts at plainly pointing out the shortcomings of the Indian working-class, and middle-class society in general, than any other film before it, without ever seeming to be about any of that. It’s still an effortlessly entertaining ride, it’s still a beautifully heartfelt piece of cinema, and it’s also very much Indian without any of the things which Indian films have come to be caricatured with. This subversive streak is what endears this movie to me, and it is this subversive streak for which you must go and watch it. I can safely say I’ve never seen a more subversive film done in India, except perhaps Being Cyrus (another brilliant film), which I place slightly below Rocket Singh only because the subject matter there lent itself more easily to subversion. 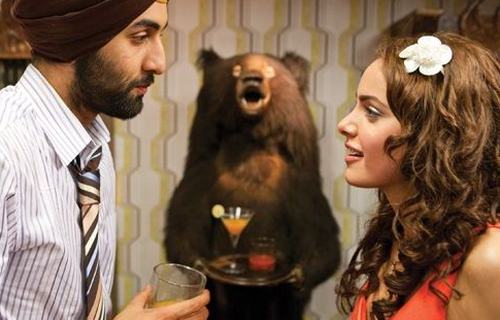 What Rocket Singh – Salesman of the Year does is truly astonishing. It takes us through one of the best portrayals of Mumbai city life for normal people, it plays out the interactions of a group of unremarkable people doing seemingly unremarkable things, and then while you’re not aware, it sneaks in a way of looking at the world and what we’re making of it in India, in a very remarkable way. To add an other layer to the brilliant sneakiness of this movie, its true message, isn’t really the one you might find mouthed by the characters in convenient conversations (which are few and far between anyway), but something much more fundamental: Look around, and think for yourself. But only do that later, for now listen to me, be half as brave as the good people who made this wonder, and go watch this movie with an open heart. A strong reaction is guaranteed, and if you don’t have one, you aren’t really paying attention.