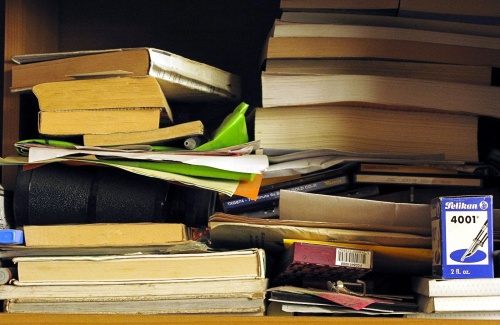 Aspiring writers have always been told to write what they know, and to read the classics. If everyone would have stuck to writing what they knew first hand, the written word would never have gone very far. The advice about the classics, however, hasn’t been brushed off as easily. Although you expect writers to be free thinkers, most of us want to be told exactly what to do, just like everyone else, and it sounds reasonable that an exposure to the best examples in the field would improve your skills. It makes sense to think that as a writer, you are what you read.

I am a designer, and one piece of advice in that field has always been to pay attention to the negative space, the blank part of the page that surrounds what you put on it. That space defines your design as much as the elements you put on the page. This nugget isn’t always understood by the aspiring designer, and not paid attention to by many who grow to proficiency, but a similar principle might hold true for writers and what they choose to read. I think if you’re a writer, you are what you don’t read.

The complexity of all crafts is that not only must you be well versed in the subtleties of human sentiment to express what you need to, but you also need to be a master in the language of your medium, if your expression is to be understood by anyone. This dual mastery of both expression and language is not as common as you would think. It is probably the foremost reason why many dabble in crafts of various kinds, but only a few distinguish themselves with their creations.

Let’s conduct a thought experiment. An infant, ordained to be a painter or visual artist of some sort, is brought up blind-folded. She is never allowed to see, except at occasional intervals when she is sat up in a dark room with black walls, and the paintings of Leonardo da Vinci are flashed onto a screen in front of her. If she has never seen anything in the world besides the visual depictions by da Vinci, what are the chances she will ever invent Pointillism?

Thankfully, visual artists rarely have to face such a nightmarish reality. They grow up absorbing visual information their entire lives. A study of the masters might steer their artistic interests in a particular direction, but the richness and depth of their visual experience means they will always end up being slightly unique, they will bring something into it which is their own because their visual experience has been their own.

Writers are not always so lucky. Reading is not a basic biological process like seeing. To experience writing is not a basic human function, so it is much simpler to have a straight-jacketed experience of what is and isn’t possible in the written word. If you only read the approved reading list, you’re like that blindfolded artist in the dark room. You might have a great repertoire of expression in your craft, but you will always lack something in the language of it. What we experience is not just about what is the best for us to emulate, it is about weighing the possibilities, being able to recognise what you like and don’t like, what works and doesn’t work. It is about having the entirety of life to draw from in your work, the good, the bad, the weird, the disturbing.

I find it strange to hear lesser actors speak of their difficulty in performing a role far removed from their personal experience, because the solution is a simple one: ACT. That is inherent to the job description. Writers are duty bound to bring a similar imagination to the proceedings, but imagination helps more in expression than in the language of the medium. If you’re a classically trained writer, your limitations in language are defined by all those things you abstained from reading, the things that were somehow beneath you, or maybe even irrelevant to you. By doing so, you gave up the benefit of experiencing all those bad or brilliant metaphors, those ripe or rancid turns of phrase, those grotesque abominations of grammar and those glorious accidents of sentence structure, which might have made perfect sense in that piece of pulp pornography, but no one has ever tried in a computer manual. Simply because they never knew it could be done.

Imagination can take you far, but there are only so many experiments any of us can commit to in a lifetime. The fact of the matter is, the majority of your random experiments will fail. The diamonds in the rough are few and far between and your ability to express anything as a writer will be severely damaged if you are constantly trying to invent over trying to communicate. Which is why you must read as far and wide as you possibly can. Not because it’s good or inspirational, but because people have experimented before you and to ignore the rich treasury of results as to what works and doesn’t in various writing situations is utter madness.

You are what you have never read, because it is what you chose to not read that defines your limitations as a writer, and above all else a writer must be free of limitations. If entire universes are to be birthed within you, if rich characters are to take their first steps in your mind and battle through unforeseeable odds to tell their stories before laying down to eternal slumber, if new ideas are to be born and take root in the hearts of many from the spark set off by your words, you need to be drawing from more than the language of works approved by those who likely never wrote anything themselves. You need to be drawing from the vastness of all existence, or at least as much of it as you can manage to read.