If you have a serious interest in photography, in a professional capacity or as an enthusiastic amateur, you’re sure to have been greeted with this line at some point:

Great Pictures! Which Camera did you use?

On your less understanding days, there can’t be a more irritating thing to be asked, because the person asking usually assumes your good pictures are the result of the secret magic camera you use that automatically produces remarkable images.

If you are a photography enthusiast who’s been around the block, you know that is simply not true. But if you’re a regular sort of person who is just getting used to the idea of using a camera and having one around with you, you still think this way. This is my attempt to convince you otherwise. Why? Because if you ever want to take professional pictures and go beyond using your camera as a recording device, you need to understand that good pictures don’t come from your camera. They come from you. 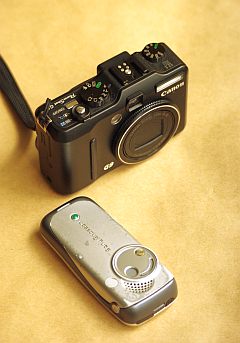 Being a very scientific sort of chap *cough*, I figured the best way to show you that good pictures had nothing to do with great cameras, was to prove it with examples. From this came my idea for an experiment. I would take both good and bad pictures with the best and the worst camera in my possession.

Having used and abused over half-a-dozen cameras since I was a child, I thought deciding on the best and the worst might be a challenge. But I very quickly settled on my current regular camera, the Canon G9, as the best one, and my currently active and ageing phone, the Sony Ericsson K500i, as the worst one. The G9 was bought about 2 years ago and is a semi-professional beast of a compact, which can take 12 megapixel (4000×3000 pixel) digital images in RAW format (the best option for the maximum quality), and the K500i, while being a good phone, is a really bad first-generation phone-camera from 5 years ago. It produces mostly crappy VGA (640×480 pixel) JPEG images. 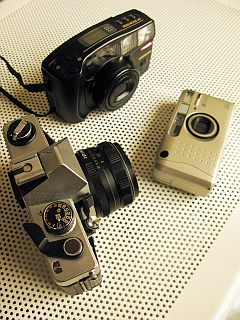 I did look at my older cameras. I gathered up the film cameras I could find (pictured here) to consider them. There are a few more that are packed up somewhere, but these should suffice as representation. The Samsung Zoom camera(top) from over 15 years ago, was a brilliant thing, with a body by Porsche design, no less. The Praktika MTL5(left) was my first try at SLRs. It’s a completely manual old-school piece of German engineering with a Russian Zenit lens. I still love the sound of that shutter. The Ricoh compact was bought for a photography art class in university and produced some beautiful black-and-white shots for me at the time. While none of these can compare to all the technological wizardry of the G9, they are also nowhere close to being as bad as my phone camera. So, these old beauties were left out of this test.

My plan was to take two pictures of the same subject with each camera, one bad picture and one good picture. While I wasn’t about to ruin images to prove my point, I did attempt to take pictures which were fairly typical of what normal people take when handed a camera. I wanted to cover a small variety of subjects, but also to concentrate on pictures of people, since it’s a popular subject. So, I’m afraid you’re going to have to suffer multiple self-portraits of me in this experiment. I just didn’t have the gorgeous models who I would have liked to photograph instead lying around my living room. Also, I work for cheap. 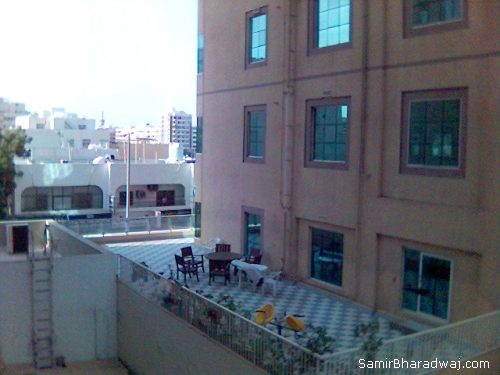 Let’s start with the bad picture using a bad camera. Obviously, that’s easy to do. The phone camera has horrible image quality, and this completely uninspiring shot of a building that seems to be showing nothing in particular is the perfect example of the average snapshot. Dull and boring all around. 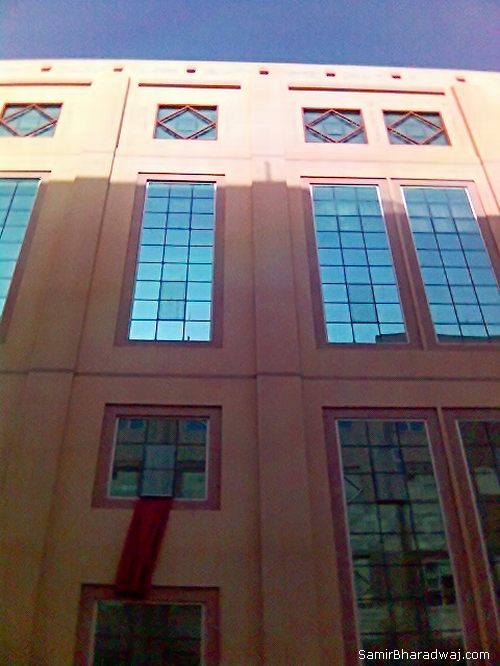 The second image was taken a few seconds after the first, using the same phone, standing in the same spot, and of the same building. And yet, this one isn’t all that bad. As pictures go it’s dramatic and pleasing on the eye. This one was more thought out, this one has a focus, and no, I didn’t use fancy settings or anything, because the phone doesn’t have any! It’s still a good shot. 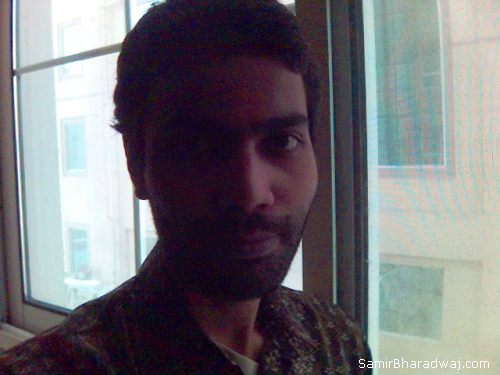 Moving on to the human element, this shot of myself is fairly typical of the kind many take. Badly lit and no composition to speak of other than sticking a face in the middle of the frame. Bad. 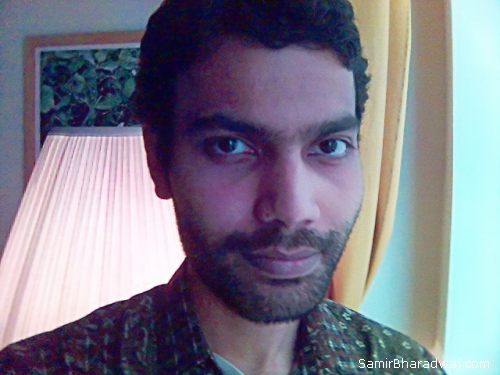 This, on the other hand, is far from bad. Here the same phone camera captures some good detail, and all that was done was to change the angle of the shot, let the light from the window fall on my face, and put on one lamp in the background to form a strong silhouette. Considering this was taken in bad evening light with a very noisy camera, it’s a minor miracle. All good photographs are. 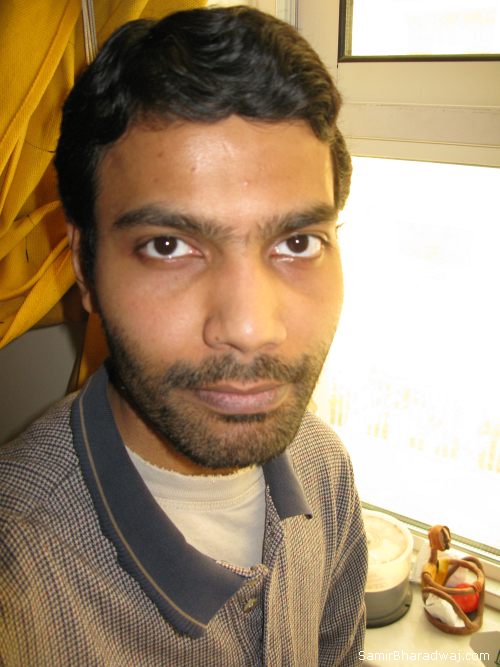 Might as well stick to my mug for now, to provide a more direct comparison. This shot was taken in typical self portrait fashion, with the G9 held at arm’s length and with it set to full Auto mode. The results are typically bad. The flash has gone off, washing everything out, the wide-angle lens is distorting my face into a strange bulb, the composition is boring with random distractions on the bottom right, and worst of all, the camera has focussed on my shirt instead of my face, making it a bit fuzzy. In spite of vastly superior image quality of the G9 over the K500i, this is a pretty lousy self-portrait. Yes, you can laugh. 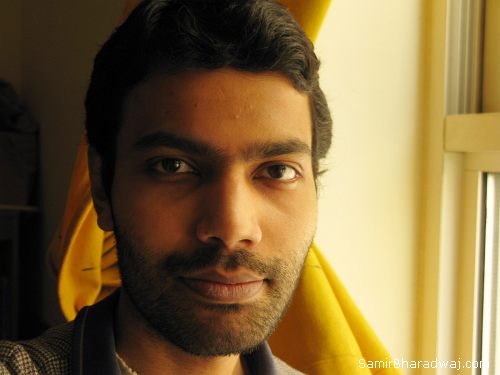 For the second shot I used the G9 at a slightly different angle. I’m still standing in the same spot, but the settings are changed for a close-up shot, the camera is taken off auto, the flash is disabled, and the composition is improved by putting that interesting twisted yellow curtain and the window frame in the background. That’s a pretty good shot for a scary-looking unshaven guy, don’t you think? 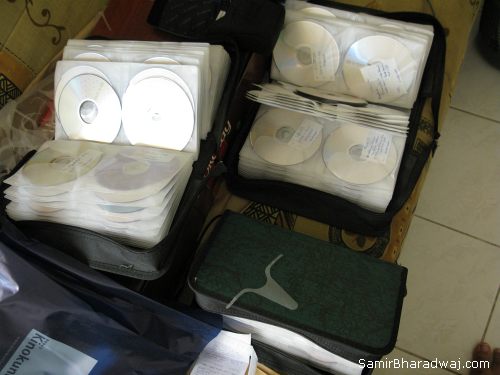 Now for a change of photographic subject. I tried taking a picture of some CD cases I had lying around, using the G9. As I’ve said, it’s a great camera, but set it on auto and take an unthinking snapshot like this one, and you will end up with a bad result even with the best camera. It’s boring, it’s bland, and I haven’t even bothered to make sure a bit of my foot doesn’t show up in the frame at the bottom right. Am I being unrealistic? No, this is how most people’s pictures look, and I’ve taken many like it myself in my time. 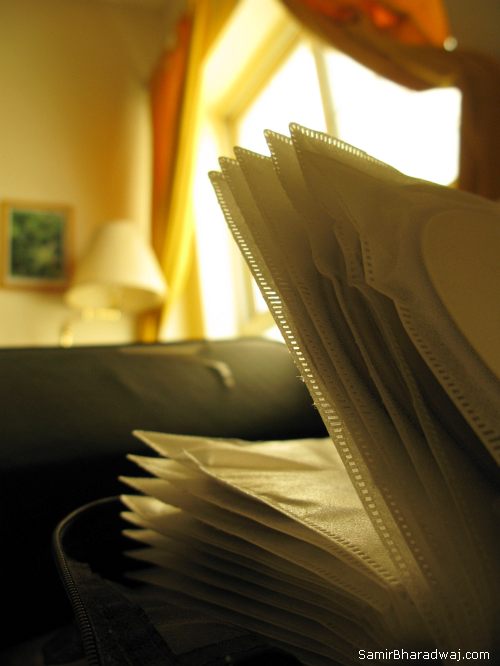 Photography is about a fresh way of looking at things. I switched the G9 to macro mode and took a shot of the same CD sleeves, but this time extremely close-up with a dramatic angle, and light from the window in the background. Notice that while back-lighting ruined the self-portraits, it makes this one more interesting; There are no strict rules. Does this even look like it’s in the same place or using the same camera as the previous one? It won’t to most people. That is the difference between good photography and bad. And that brings us to the end of my little experiment.

One thing that does become clear from these images is that while a good camera can’t make you a good photographer, it can certainly help with its superior image quality. I am not contesting the fact that there are good and bad cameras. In fact, finding a good camera among the hordes of mediocre ones is always a challenge, and something I get asked about often. I do plan to tackle that large topic at some point on this blog.

Technical challenges, such as speed, image quality, and stabilisation, to name a few, are really the only things a good camera can bring to the table. While there are an increasing number of intelligent cameras that have face-detection and smile-detection and all sorts of tricks that pretty much take the photograph for you, you, the photographer, are still the only one who can actually take a good picture. If you think your professional photographer friends are holding out on you by not giving you the model number of that one magic camera that turns out brilliant images all by itself, you’re wrong.

Photography is a craft, like writing, or drawing. It is true that the technologies involved in photography are a more sophisticated, and the end results depend more on them, but cameras can’t make you a better photographer any more than a certain keyboard can make you a great writer, or a certain brand of pencil can make you a master artist. The skill and the thought must still come from you, because if there’s anything you can learn from my experiment above, it is that to take good pictures you need to think like a photographer.

The real difference between the good and the bad images above are not in the camera used but in whether or not I thought about what I was trying to show, and what would be the best way to present it. It’s thinking about light, angles, composition, balance and several other things that all sound complicated, but which become second nature once you’ve experimented enough with your camera. 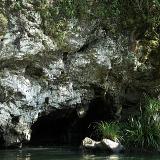 How to Fix an Overexposed Photo