Just a few days ago I was telling you how procrastination is your greatest enemy, and now I have decided to reveal to you how procrastinating can sometimes be a good thing. Before you card-carrying members of the angry mob attack with pitchforks and torches, let me explain. It’s not that I am a fence-sitter or a turn-coat by nature, but unfortunately, this universe of ours is not black and white. It is instead a distinct shade of gray. All things are good in moderation, and procrastination is no exception.

At its heart, procrastination is a delaying tactic used by your very clever self to avoid doing something that you need to do. The reasons can be many — fear, a lack of confidence, a failing of courage, or good old laziness, are all equally common motivators for this habit. What this delaying tactic leads to is the passage of time, and in your modern, hurried existence, you automatically assume that any passage of time implies a waste of it. That is not always true. Time can have many effects on you and your life, and not all those effects involve painful botox injections or expensive cosmetic surgery. Some of those effects can be of immense benefit, and the wisdom that comes with time makes a moderate and creative sort of procrastination a very healthy thing for: 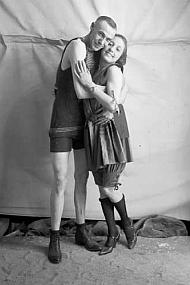 Let things simmer, because things always change and your mind is no different.

If you always did everything immediately without any delay or stalling, there would be a lot more to regret in the world. It is usually a very simple matter for me or you to come to the conclusion, or make the decision that something is to be done. That is the point when the dreaded procrastination bug kicks in and we delay like there’s no tomorrow. The silver lining to this can be that it gives us time to reconsider our decisions. You will find that it is not uncommon for you to reconsider something you had decided to do, given the time to reconsider. If you procrastinate a little, you can make sure that the second thoughts you have are in time rather than in hind sight.

When I have a particularly troublesome message to send someone, or a major decision to make, I will often try and stall the final execution of it. You might have heard the advice of many to “sleep over it”, and that advice can save you a lot of trouble. Whenever I have to send out a tricky email to a client which says anything more controversial than “You’re the greatest!,” I sometimes write it promptly, but read it again the next day before I send it out. Second thoughts can be a useful filter for bad decisions and sending out the wrong messages, both literally and metaphorically. Doing something a little late is usually better that doing the wrong thing. 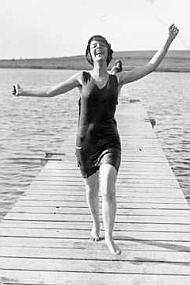 Stitching in time is all well and good, but sometimes it’s better to wait till you have the right colour of thread.

Speed and promptness will never guarantee the quality of what you accomplish. While this thought can lead you into a never ending search for impossible perfection, I am not advocating any extreme procrastination here, just some moderate delaying. What you should be waiting for is not the perfect execution of your task, but rather the proper execution of it within a reasonable time frame. Hurrying into things for the sake of completion can lead to a lot of damage, which you will have to undo, while delaying it too far can make any action worthless.

This quandary between speed and thoroughness is something I always wrestle with when it comes to cleaning my home. On the one hand, I could be mechanical about it and do the regular maintenance routine that most people swear by. Or, I could be less regular about it but do it really well. The common wisdom is that the minor maintenance in tasks such as this keeps your burden light, but it could also be true that your light but regular cleaning prompts you to do the bare minimum required to maintain the semblance of cleanliness. The same holds true for any task. Doing things quickly and regularly takes less time, but doing something well takes more time, and that cannot be done quickly and regularly. A bit of procrastination can be instrumental in finding the balance between the two, because as much as you might want to believe it, constant motion is not progress. 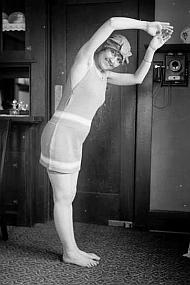 Not fighting might be cowardice, but fighting without knowing what you are fighting for is stupidity.

Aimless action is impotent. Maybe you have come to the right decisions along the way about what you need to do, and maybe you have also taken your time to do it well, but that still leaves you with the question that you rarely stop to ask yourself, “What am I doing this for?” Procrastinate today and ask yourself this question, because it might be better than being diligent now and asking this of yourself later.

For many years now, I have been a freelance designer. Like most freelancers, the thought of formalizing my services under some sort of officially registered company of my own has often seemed attractive. I can honestly say I’ve been seriously procrastinating on that idea for at least a year now, and I am very thankful for the delay. Why? Because I am convinced that if I had gone through with it a year ago, my business would have been a quick and painful failure. A year ago I was very effectively deceiving myself as to why I would want a company and what I would do with it. Time has given me the luxury of self reflection, and with that has come a better understanding of what I want and don’t want to do if I take the plunge as a creative entrepreneur. No amount of diligent decision making, or education about the right way to go about it would have given me the same insights as the slow but revealing process of asking myself what I want the purpose of it all to be.

There are similar questions that you have not asked yourself yet: “Is this the right thing to do?”, “Is this the best way to do it?”, and, “Why am I doing this?” Three simple questions that can change the way you think of something, and three questions that you require time to answer. In the hurry to do, be careful not to forget what you are doing it for. And if you do not know, perhaps it is not yet time for the doing.

So once in a while, take a creative risk. Procrastinate and be great. 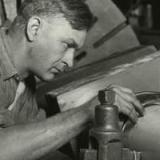