We have come to live in a world of screens. They exist in every size and for every purpose, televisions, computers, phones, games, tablets. Little windows into another world, or more accurately, an infinite number of other worlds ever vying for our attention. Attend to them we do, with pleasure and curiosity, faith and obsession, boredom and questions, seeking.

This windowed-world is a strange thing. We’ve all grown accustomed to using it to fill in the gaps of our regular world, to the point where it’s sometimes difficult to tell which world is filling in the gaps of which. Those who grew up with all these windows and screens being an obvious part of life will think differently, but I’ve seen black and white TV sets and rotary-dial telephones. As a kid I never actually thought I’d be in a world where the ‘virtual’ would start competing with the real, and would become so real to so many. That was the stuff of science fiction. It’s great that in some ways the science fiction writers didn’t foresee how deeply it would change day-to-day urban life. The cell phone, who ever thought that would happen quite this way and so quickly? Who even imagined there would be an imminent time when every one would require a phone on them all the time, or even more than one phone! Bizarre, to those who knew the times before.

The fictional prophets were sort of right in one thing, and that is how much this new world would be about the competing technologies and the corporations. It’s difficult to tell whether that was always how it was going to be, or whether it was a self-fulfilling prophecy; It became what we imagined it would be. Still, it is strange to have an existence where someone like Google basically runs half your life, or people are religious about products from a company like Apple, or that all these demi-gods are constantly battling for supremacy. Buy-outs, take-overs, mergers, court cases, patent wars, and in the skirmish, mere mortals blindly following, preaching and having their virtual lives tossed this way and that by divine forces. 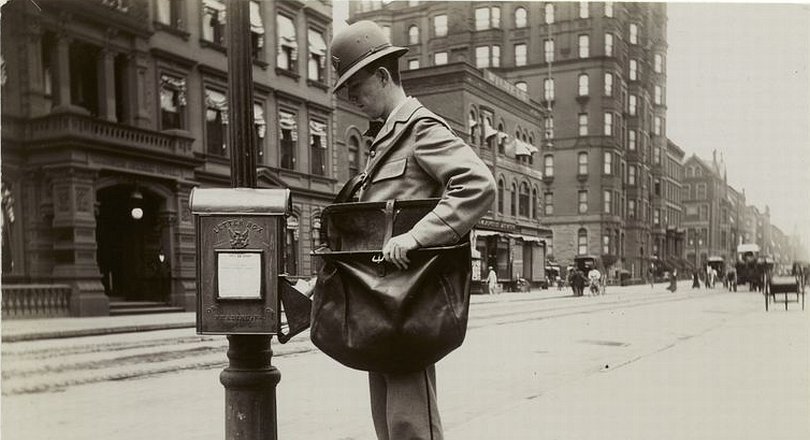 What the writers were wrong about, well maybe not wrong but short-sighted about, is how much all of this new development would still be about people. I guess it’s natural for those who imagine futures to imagine all about it that is exotic and different, but the strength of existing humanity is always undervalued in prediction. For all the bits and bytes, the windowed-world is still about people, human beings connecting and exchanging things, thoughts, words, ideas, fears; It’s a surging cauldron of human strengths and frailties; All that is our best and our worst.

While rarely delved into, this human heart of technology is no surprise. I’m sure the envelope was a great technological advance at one time, and the idea of stamps and prepaid international postage completely a work of fantasy, but today when the world of mail and parcels has reached its zenith and has in some ways run its course, what do we remember? Is it the postal service and the computer tracking? Is it the sorting machines and how efficient the planning was in the postal system? No, we remember letters, shared thoughts between people, shared feelings, a friendly scrawl, a heartfelt message, a scented piece of paper into which someone had poured themselves, a faded mark of someone’s finger print. People. In spite of our exotic ideas, it always comes down to human beings and other human beings, and what we think and feel together.

There is always a despair inherent with change, the despair of those who see an old world slipping away and becoming something new and seemingly cold, unfamiliar and inhuman. But humanity is always ending and never does, it merely adapts to new mediums, new times and new rules. People still connect at inexplicable levels, across distances and times, they still share thoughts and tell stories, to fill in the gaps, in this world or that. 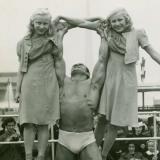 Your Greatest Strength is Your Fiercest Foible 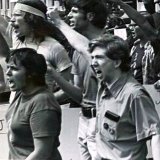