The easiest thing to write about is not writing. That is followed closely by wisdom about how to write. For the sake of ending my recent writing drought, I’m resorting to the former, with flourishes of the latter, if I still have it in me to pull off flourishes. We will see.

I’ve had an on-again, off-again relationship with time management and todo lists, but today I was writing into an informal one and I realised that several of my recent entries were ordering me to send emails to people. What struck me as bizarre is that if there’s one thing I’ve never needed prompting or motivation for over the years, it was writing people long emails. The long emails I am talking about were not even official or focussed. They used to be personal, human, rambling dialogues and musings that were sometimes universal and sometimes made sense to no one else but the recipient. These were theoretically more difficult and time consuming to write (well okay, they were practically time consuming too), but I’d churn them out on a regular basis and with joy.

Emails with some sort of fixed purpose were even more commonly and easily written, with barely a special thought, but that was back then. The emails I was adding to my todo list today were the easy ones, mostly short messages with a purpose. I’m planning ahead for these now. The long rambling, second-nature messages I used to exchange with kindred spirits, I haven’t written in a very long time.

A part of the reason is the audience; Lives change, people grow, and conversations are left by the wayside. Dialogues can never work one-sided. Still, in large part the deficiency has been mine too. The thought process of writing to what seems like parts of you, has become just that, a process, rather than the warm and instinctive outpouring it used to be.

What changed, I wonder? Didn’t reading all those in-depth listicles and exhaustive think-pieces on the political privilege of having a brain, or something similarly banal, add to my reservoir of inspiration? Didn’t absorbing all those carefully analysed, data-backed articles about what works and doesn’t work on Upworthy give me all the information and impetus I need? Didn’t all those grammar-nazi tips allow me to hone my words for overnight viral success, which would make me as famous as a cat?

Perhaps all these things, all that free, educated advice didn’t help, and perhaps it did quite the opposite of helping. Just like all that garbage I’m now fed on a daily basis about what can or cannot be said due to political correctness didn’t help. Or what is wrong to say due to gender issues, or what I must think due to lots of people who decided they want to formalise the deeper cultural meaning of amorphous things. All more petty ditches along the path of human expression that we’ve let juveniles dig into trenches.

All that forced ‘understanding’ buzzing inside your head. It’s little wonder that nothing can pass muster to be written and expressed. Your inner critic was bad enough already, now it’s recruited a team of social media experts and thesis writers to lobby on its behalf, to maintain the cowardly silence.

Sometimes, in rare lucidity, I think, “Fuck it! Just write what you feel like writing!
Then I realise, I would never naturally say “Fuck it!”, for effect or otherwise. I would even less likely write it, but this immaturity, like the many mentioned earlier, has been scratched into my expression by incessant exposure. Profanity, in words, not in ideas, and pre-approved insanities have been sold to me as symbols of mature expression by overgrown children. So I will not have sexual intercourse with ‘it’, whatever ‘it’ is, thank you very much, and will figure out what I want to say without such ejaculations. (drum-roll and rim-shot)

This, all that I’ve said, is perhaps the best reason to return to that old adage of writing what you know. Not writing about what you know, which is the common reading of that phrase. Simply put, the writing itself, free from subject matter, should be what you know. If you, like me, don’t want to ‘fuck’ things in prose when you’re not writing a sex scene, don’t. Don’t do it because it’s what they understand. If you don’t want to follow all the prevailing copywriting advice to make your articles short, with sentences exactly 10.5 words long, and with at least 20 bullet points per paragraph, don’t. If you don’t want to sound like Hemingway, or Kerouac, or Bukowski, or whichever drug-fuelled messiah the children are currently sucking on the vestigial teat of, don’t! Write what you know, and what you know best is to write like you.

This brings me back to the emails on my todo list and my contrived title for this piece. My emails to people I love in many ways have been private. Some may have inspired public articles, but they were originally written for an audience of one. How I’ve felt about writing those missives, however, has always factored into my prevailing mood about writing. When I’m not writing those emails, I realise I’m still writing for an audience of one, some aspect of myself I am talking to, and when I’m writing well, it’s always in a voice that makes that part of me want to listen. But when you let all these outside voices steer you away from what you know, this inner monologue gets confused, desperate, scared of what it wants to say. The children pull you down to their level and very soon your inner voice is also a screaming, insecure child, worrying about right, wrong, approval, and data-backed strategies, rather than doing what it knows best. No one likes to listen to screaming brats, not even yourself.

So calm your inner monologue. Whip it into excitement, but never into a frenzy. And above all, stand strong with what you know, and the writing will flow, to aspects of you, to kindred spirits, to the loves you misplaced and the loves you’ve only just begun to caress. Know them well. 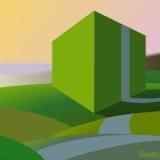 Why to Overcome Writer’s Block