After my write-up on the philosophy of Hinduism, I got a fair bit of interest from people wanting to know more on the issue. Wendi was preparing to do an ethics presentation on Hinduism and stumbled across my article during her research. She sent me a few questions she had on Hindu beliefs, one of which was about the Hindu take on spiritualism and the afterlife.

More recently, I was chatting with a friend in Mexico who had a similar query. The amount of Spanish literature about India seems to on the rise in recent years, so a curiosity about the culture is a natural side-effect. She wanted to know about the Indian belief in past lives, and my take on it. My replies to both these questions, one academic and one more personal, was broad enough to be of general interest, so I thought I’d share my thoughts here.

The Hindu view on the afterlife is that the essence of life is immortal and cannot be destroyed. As with all things in the Indian belief system, this basic idea can be interpreted and understood on many levels. The very religious view is that the individual soul survives intact and is reborn in another form. The more philosophical interpretation could be that that life energy can neither be created nor destroyed, but can only be converted from one form to another. How much of each of those opposing ingredients you wish to put into your own personal afterlife sauce, is entirely up to you.

Rebirth is said to be based on the concept of Karma — a distillation of past actions, behaviour and thought. In the most simplistic way, you could think that your next birth depends on whether you’ve been bad or good. That’s how many understand it, but the philosophical thought is more complex. It considers all of physical life to be a sort of audio-visual-experiential tempering ground for the soul. The soul is born and reborn in various forms and as various things, so as to gain all the experiences it needs to come to a true realisation of the nature of existence, i.e. enlightenment. This is also thought to be based on Karma, but here the process is not considered as one of punishment, but rather of evaluation. The soul decides what experience it requires as a next step in its progress towards enlightenment, and then takes that step.

All generally agree that once enlightenment is reached, the soul is freed from the imperative to be reborn and take physical form. It is then finally one with the ultimate soul/God/the universe/or whatever you want to call it. That’s where the Buddhist concept of Moksha come from. Liberation.

When chatting with my Mexican friend, her questions about what I was describing brought up some interesting contrasts that don’t come up in detached philosophical musings like the one above. I was telling her about the Hindu belief that people, animals, and all life is born and reborn, depending on your thinking and behaviour in your current life. For example, predominantly greedy and inhuman thoughts might lead to a birth as an animal, a creature of instinct. But, nothing is permanent, with each life you learn, hopefully improve, and are born in higher and higher forms until you achieve nirvana &mdash the same enlightenment I described before &mdash you understand how it all works, and you are freed from the cycle.

This was a more ground-level description of what regular people believe, free of philosophical detachment. Her counter-question was interesting. She said that if you´re reborn as an animal, for the animal´s life you would not be aware, as animals don´t think. So how could you behave well to be reborn in human form? Or are you just a human in an animal´s body? That’s a question that would have never occurred to me, but it is a very valid one if you believe that the human soul is unique, which is the basis of all the Abrahamic religions (Catholicism, Judaism, Islam). By contrast, most Eastern religions generally believe in the soul being common and equal across all life. Human beings might largely be more developed souls, but other life has a soul too. This fundamental difference in thinking is part of why there are so many vegetarians in India. It comes from that belief that ending any life too early, and especially an animal one that is closer to the human level of consciousness, is to stop its development prematurely and prolong its time in the cycle.

Of course, there is much commonality in the thinking about the afterlife across all religious thought, even if the details vary. It all comes down to your behaviour in life, with the afterlife serving as reward or punishment. My friend had the same thought about her beliefs and the concepts of heaven and hell. She did, however, detect the abstractness of what I was saying in comparison, so she wondered whether I thought I would be reunited in any way with my loved ones when I died. Now, this is one of those points where what we believe depends on how comfortable we are with the dissolution of ourselves in the larger scheme of things. It’s safe to say the the philosophical stream of Hindu thought thinks of reuniting of souls after death in a more abstract way. That is to say, the specific personalities we take on in life may not survive the transition, but souls that have been close in their lives will recognize each other. Maybe not always thinking of each other as mothers and fathers and sons and daughters, but just as kindred spirits. It comes from believing that the soul or spirit is the real thing, and the person is merely a temporary costume.

I myself am not completely sure of what I believe, because I like to think beyond blind belief. Either way, I look at all the different ways of seeing and interpreting this existence of ours, and I find it all very fascinating. While being part of Life, what life is remains one of the greatest mysteries, not just to the philosopher but even to the most rigorous scientific minds. So it comes as no surprise that the end of life garners so much attention from us. How do we understand the end of something that we can barely begin to explain in the first place? A mystery within a mystery, and perhaps so it shall always remain, no matter what we choose to believe. 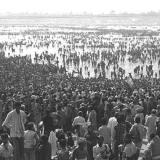 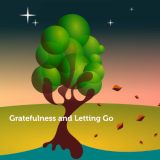