Yet another hijinks-laden Anees Bazmee movie splashes onto cinema screens. But this seems to be the big one. Singh is King, oh sorry, Singh is Kinng … or is it Sinngh is King? Singh is Kinng is the next big Akshay Kumar movie. There, that should be enough of a review. I predict that the readership has immeditely split into those that hate Akhay Kumar‘s guts, will never see any of his movies and say it is horrible anyway, and those who will go and see it no matter what and won’t care that it’s horrible. It’s Akshay Kumar. He needs to be watched on the big screen and that’s all there is to it. But if that’s not enough for you, the film also stars the talents of Katrina Kaif, Om Puri, Kiron Kher, Ranvir Shorey, Javed Jaffrey, Neha Dhupia, Yashpal Sharma, Manoj Pahwa, Kamal Chopra, Sudhanshu Pandey, and Sonu Sood. If there is still anyone sitting on the fence about this, and you’re impatient, let me just say that Singh is Kinng is stupid, badly made, and a LOT of fun.

It is interesting to be writing this review so soon after I put up a the review for Jaane Tu Ya Jaane Na. There is a certain strange contrast between these two movies. While Jaane Tu was a completely stereotypical plot done exceptionally well, Singh is Kinng is an exceptionally original and interesting plot done terribly! In spite of that, I enjoyed watching both of them.

The plot involves Happy Singh (Akshay Kumar), a well meaning but bumbling villager who has made a nuisance of himself by trying to help people in his own dysfunctional way. The villagers, instigated by his long suffering friend Rangeela (Om Puri), decide to send him off to Australia to bring back a friend to see his old and ailing parents. A minor inconvenience is that this friend, Lucky Singh (Sonu Sood), has since leaving the village become the King of the underworld and is unlikely to come easily. The villagers think that should be a sufficiently herculean task to keep Happy out of their hair for a long time. Happy gladly takes up the challenge, never being able to stop himself from helping people, and Rangeela is roped into the trip in spite of himself. This is quite a brilliant premise, and one of this movies greatest assets.

Anees Bazmee once made Deewanagee, which while a complete rip-off from multiple sources, showed that he does have talent as a director. Unfortunately, he is more popular for having made No Entry and Welcome, which just goes to prove that talent isn’t everything. Singh is King follows the same manic disorganization of those two disastrous movies — they were disasterous in content but were hits with the viewership — only in this case the fact that there is some actual interest in the story makes it endearing.

The music by Pritam and RDB is painful and Punjabi. Granted a lot of Punjabi music is painful, but I’ll be the first to admit that it need not always be true (Rang De Basanti has a good example). In this case, it is. And if you think the music is deafeningly bad, I would suggest keeping your eyes shut during most of the song sequences — save yourself the inevitable headaches, the motion sickness, and possible epileptic episodes. Having said that, the song sequence shot in Egypt has some exquisite camera work that is very well worth keeping your eyes open for.

In the acting department, Akshay Kumar is brilliant and large as always. Then, in the second half of the movie, he seems to take a vacation at our expense, only to reappear in time for the climax. Katrina Kaif starts early and takes a vacation from the very beginning of this enterprise. I know this isn’t surprising for female roles in Hindi cinema, but this role is truly vacuous, irrelevant, and non-existent. Katrina Kaif has shown promise in some of here previous work. Here she isn’t seen enough to show anything, and her entire script booklet appears to have been the words “Happy” and “Criminal!” copied and pasted over and over again in random sequences by the writers, because that about sums up her dialoge throughout this film.

The supporting cast has a bit too much supporting to do in this movie. Remember all those complaints you hear about the supporting cast not being given enough scope to act in big star vehicles? Well, congratulations! In Singh is Kinng the supporting cast gets so much screen time that the protagonists are nowhere to be seen through large chunks of their own story. All the gangster sardars are entertaningly played by a vetaran bunch of actors, and once again Neha Dhupia does a wonderful job as the dumb chick. It’s a shame that she seems to be relegated to do these throw-away roles because she is obviously capable of so much more. In keeping with the chaotic nature of things Javed Jaffery plays yet another caricature in addition to one completely unrelated character for no logical reason.

Before you think this is a negative tirade against the movie, let me clarify that Singh is Kinng is an Akshay Kumar movie that is over the top, completely disorganised, execeptionally ridiculous, and very entertaining. Besides Akshay Kumar‘s brilliant screen presence, it is the story that is the real star here. It’s like Bill Gates trying to dance in a musical. You know he’s going to suck at the execution, but you give him a little leeway for being such a brilliant guy, and because you can’t stop laughing your head off. The same can be said for Sing is Kinng. 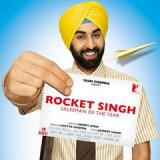