Yesterday I got on to a bus with nine members of a brass band. It all started with my favourite pastime in Mumbai, taking a bus towards the south of the city, the older more historical section of this sprawling metropolis. A red BEST (Brihanmumbai Electric Supply and Transport) bus on route #85 is my staple ride. The old-style printed roll of fabric that acts as a changeable destination placard usually reads Hutatma Chowk, the post-independence revisionist title of the busy square in the centre of the old quarter that most people still simply refer to as Fountain.

Mumbai’s busses are one of the most efficiently organised mass transport systems you’re likely to come across anywhere in the world, and to maintain that efficiency the BEST company has set up depots and minor confluence points throughout the city where drivers and bus-conductors can be replaced, routes started, and other planning and routing tasks done. Part of this system involves getting busses that are somewhere across the city to a specific midpoint to keep with the plan. These are those rare occasions when some busses might not go where you expect them to.

When you have a large red metal object bearing down upon you standing at a bus stop, and you know you might need to throw yourself on board in the few seconds it will be stationary, you often take some observational shortcuts. If you know where the #85 bus usually goes, you are unlikely to check the destination sign, and in the scramble to attach yourself to the impatient beast you are also likely to brush past the conductor shouting out a warning that the bus doesn’t go where you think it is going. So there we were, triumphantly standing on a #85 when we finally realised it was only going to travel a few kilometres to the Mumbai headquarters of Doordarshan(Translates simply to television), the government run terrestrial television network. Not being in any particular hurry to get anywhere specific, we stuck to it deciding to find our way further south once we got to our unexpected pit stop.

Mumbai was originally a collection of small islands and tidal channels, all of which were reclaimed to form the old sectors of the city, often collectively referred to as the South. Over the passing decades and centuries suburbs sprouted towards the north leading to the now almost unending sprawl of concrete that is still considered part of the giant city. From pretty much anywhere in the old city and from any coast towards the northern spread, Doordarshan is a visible landmark on the horizon as a towering transmission antenna that extends a few hundred metres into the sky. In the post-independence glory days of scientific and technological development in a fledgling country, I’m sure the lone metal structure was a rousing symbol of the golden years to come for the masses of hopeful dreamers who came to the city to make their fortunes. As a child growing up in Bombay many decades later, I might not have grasped the political symbolism, but I was still in awe of the big Doordarshan antenna. In my slowly expanding world, it was by far the tallest thing I had ever seen. It seemed to truly reach up into the blue unknown. I am happy to say that its effect on my adult self hasn’t diminished much. So, it was with a certain sense of nostalgic pleasure that I alighted from the short-distance #85 bus in the shadow of my old towering friend at the Doordarshan bus stop.

The organised jumble of red and black numbers scrawled on the side of the bus shelter indicated that a large selection of routes were available for the picking. Some we were familiar with as the ones that could carry us further southward, and some were mysterious unknowns. As we waited for a bus and considered our options, a troupe of tired looking gentlemen wearing identical red coats walked up casually and joined us in our vigil. Considering the various shaped drums and the cacophony of wind instruments they cradled in their arms, it was clear they were one of the numerous brass bands in the city and they had just finished a gig. The use of these largely mediocre brass bands is a common spectacle at many weddings and other events in urban India. Spectacle really is the point, because most are of little musical worth other than guaranteeing the chagrined attention of anyone within earshot of their repertoire of popular Hindi movie music played at a more than respectful din.

A #124 bus, which we knew was heading in our direction, albeit using a circuitous route, pulled into the stop. The tired red coats seemed to burst into action and pour upwards into the narrow bus entrance as they brushed past us standing almost in their way. Finally one of them realised that my Dad was using a walking stick and let him climb on ahead. The rest of the colourful brigade continued behind us into the nearly empty bus and soon we were on our way.

That, my dear readers, is how I found myself on a bus with nine members of a brass band. But this is only the beginning of the story of my colorful bus trip through Bombay. In part 2, baubles, dinosaurs, gold thread, and much more. 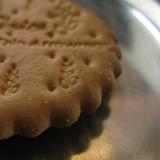