How do you see life? Is it easy or difficult?

That is the all-encompassing question I was posed by my friend Sinduja during a recent chat. The question wasn’t completely out of the blue, because I had just posted this little nugget on Twitter:

One basic choice from which all differences in opinion branch out into their varied flavours, is whether or not we assume life must be easy.

She and I have these occasional discussions of thought and belief, and very often we agree to disagree on things. She was wondering if our disagreements could also be traced back to that basic assumption I had spoken of. So, I attempted to clarify my thoughts on it.

I don’t see life as difficult and full of suffering, but I don’t assume it is meant to be easy either, because I’ve seen that it isn’t always so. You just deal with life as best you can, without killing yourself over it. When you accept that it’s not always convenient, I’ve found that things work out smoother. Having said that, I am often willing to take the difficult road to do something I want to, or to make a choice I believe in. However, many people go through life with the contrary view and steep themselves in their own sense of suffering.

How do differences of opinion arise out of these opposing viewpoints about life?
To explain my take on that, I needed a example to test it on. It just so happened that before we switched to this slightly more weighty topic, there had been some banter about the fact that the world of media and entertainment is full of unfair competition. I made the point that this could be a fact on some level, but most of what you think about it is an opinion, a judgement. If you think life is supposed to be easy and that is the natural way of things, then you assume that life is meant to be fair, and therefore human interactions must be fair. So if there’s anything that’s not completely equilateral about any dealings, that makes it unfair. Based on that train of thought, competition in the media world is horribly unfair and inhuman, and bad for society. It’s certainly a valid opinion.

On the other hand, if you don’t think life must necessarily be easy, then you accept that life is also not always fair, within the human understanding of that concept. Nature is not always fair; Its rules are often cruel and cut-throat, but at the cost of smaller interactions a larger balance is maintained, which might not meet the human measure of fairness. This perceived balance is often hard for people to believe in, because we tend to think in human terms. Nature maintains many balances. Material balances, energy balances, resource balances, are all built into the way natural systems work and fit together, but does it maintain human philosophical balances? Hell no! Because those were invented by us as our own conceptual framework of how things ought to work.

When we think of how things should work and impose this view on something as unfathomable to us as the Universe itself, we’re still thinking of making things easier. If you belong to my school of thought, you can’t be expecting it to be easier. This doesn’t change events, but it does change how you react to them. When you come across an unfairness, you accept that sometimes that’s the way it is. You try to find a way around it rather than wasting the time you would worrying about the fact that it is unfair. This doesn’t mean you need to reduce or curtail your humanity, or ignore the gross injustices that irk you, but in this mode of thinking, where life isn’t obliged to be easy, you are a little more accepting of imperfection.

The fact of the matter is, imperfection by human measures exists, and we are all unfair and imperfect. We like some people more than other people; We’d do more for them than the others. Technically, that’s unfair. We choose to do things that are easier rather than things that are better. That’s unfair. We try to become better and wealthier and more powerful that others. That’s unfair. It’s all unfair. And often in trying to ignore the fact that we ourselves might be imperfect, we rail against the World, life and existence about these imperfections which we guiltily share. Instead, to accept it and work within that framework while still trying to be a decent person makes you behave and believe differently. I don’t know if it’s always better, but it is different.

I have come to realise this difference in attitude over time. I talk to many people of varying ages and backgrounds, and I often disagree or agree with them in small or big ways. I realised that all their complaints, or in my mind excuses, come from the fact that they are expecting, even demanding, that the Universe be fair and life be easy. It’s like it’s their constitutional right from existence. I don’t think that way and hence we differ.

This imperfect, and possibly unjust, view of existence is a hard one to accept. Our moralistic tendencies make us yearn for a perfect Universe built in our imagined perfect image. The human realm works on manufactured rules and we come to expect that everything must work according to those ideals, since there can’t be any greater or superior ideals, both in terms of morality and power or influence. Our Utopia is one in which everyone follows the rules.

Yet, looking at it another way, existence is a sort of Utopia, if you are willing to accept it as such. It is infinite possibilities. But when anything is possible, that includes random things that are bad and you don’t like. This might not fit your view of the perfect World, but your view is based on the starting assumption that it’s all meant to be easy, and so you’re expecting Utopia to be easy. But if you believe it’s natural to have a mix of good and bad, then your definition of Utopia and perfection skews in a different direction.

Ultimately, it’s not about belief. Reality isn’t always good; That’s a fact. You can’t change that by believing everything is good and fair by human standards. Expecting something that is clearly untrue only leads to a lot of disappointments, but accepting the facts allows you to steer around the rough patches with your wits intact, in the least. Our ideas of utopia, morality and perfection are based on an artificial ideal of a stable non-changing system. Such a system would be easy, because the rules would never change and you would always know what to expect. In reality change is inevitable and change is rarely easy.

In practice all of these musings come down to one very simple thing. There is life, the universe and everything out there, right now, outside your window and inside it too. Sometimes random stuff happens. Sometimes it’s bad. When it does, you have a choice of questions to ask yourself. You could ask:

Why did this happen to me?

Or you could wonder:

How do I deal with this now?

I choose to ask the second question, on most occasions. Do you? Because which question you choose to ask yourself, in good times and bad, really comes down to the same thing.

How do you see life? Is it easy or difficult? 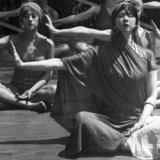 How to Deal With Rejection 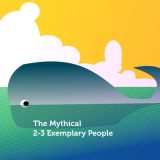