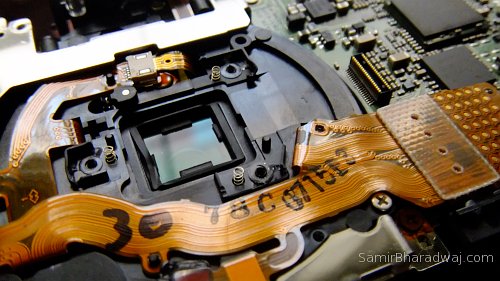 I‘ve owned the Canon G9 for several years now and for all that time it has been my main camera. It’s a tough little beast and handles most of what you throw at it, but it’s not the most weather and dust-resistant thing. Every time I’ve been off the beaten track in India, I’ve usually come back with some visible dust spots on the lens and near the sensor which have needed cleaning up. This happened a few times within the warranty period, which Canon took care of for me free of charge, but the same happened on my recent trip to Bombay and this time I did not want to spend the large service charges on my ageing camera. So obviously I decided to do it myself.

Most of today has been spent trying to keep my hands very steady while taking apart and putting back together the amazingly engineered insides of this camera. This is probably fairly standard compact electronic and mechanical design for those who see this on a daily basis, but for a layman such as me, the insides of the G9 are truly beautiful to behold.

The entire day went by doing this because I only had a general notion of the whole thing after reading up online and watching a video. Reality is always a little more complex, so it did take me a bit of trial and error and messing up to get things done and get it all working again.

By the end I’d taken apart and put together the camera three times. The first time the shutter release stopped working. The second time the camera stopped working completely. Thankfully, in spite of the urge to run around the room screaming in panic, I did go over the whole procedure again and both times it ended up being a loose connection that cased the issue.

There will be more on the topic of the insides of the G9 and how to clean the sensor area in time, because I wasn’t wholly successful on that front either and will have to do all this again. But for now my only thoughts about opening up your camera are these. For most of you, just don’t do it. For the rest, try to know what you’re doing and research it a bit before you get started. And for the truly mad, I suggest not knowing everything before you start. As long as you’re patient and careful, you’ll learn a lot along the way and hopefully put Humpty-Dumpty back together and clicking again. 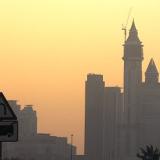 Experiments in Widescreen Photography in Dubai 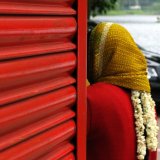