Director Rajshree Ojhaa’s Aisha, a modern Bollywood take on Jane Austen’s Emma, puts the froth in frothy. That can be a very good thing, or a very bad one; Some would bemoan the insubstantiality of froth, while others sell it at hundreds of dollars a plate as molecular gastronomy. On the positive side, Aisha is neither of those things completely; On the negative side, it is a little too much of both.

Aisha Kapoor (Sonam Kapoor) is the bored meddling match-maker of the little piece of Delhi high-society that the film introduces us to. Along with her best friend Pinky Bose (Ira Dubey), she takes it upon herself to reform and refine a new entrant into her circle, Shefali Thakur (Amrita Puri). What follows are her machinations to get Shefali and Randhir Gambhir (Cyrus Sahukar) to become a couple, having convinced herself that they are a perfect match. All this is much to the chagrin of her long time neighbour, friend, and conscience, Arjun Burman (Abhay Deol). Add into the mix Aarti Menon (Lisa Haydon), Arjun’s sultry colleague and friend from the US, Dhruv Singh (Arunodhay Singh), Aisha’s childhood acquaintance and now muscle-bound hunk, and Saurabh Lamba (Anand Tiwari), Shefali’s small-town silent-admirer, and you can be sure hijinks will follow.

You don’t need to be a Jane Austen fan to know where this story is going from the first reel. What matters is whether Aisha manages to be interesting while it gets there, which it does, to a large extent. Aisha is a bright and glitzy film, that still maintains a strong sense of place. While it may not be the virtual tour of Delhi that is standard practice in developing the setting of a film, it does feel like a virtual tour of the section of people it’s portraying, and in some cases even lampooning. There are definitely sections of this film that feel like a wild life documentary of the life and times of the Delhi rich. Whether or not it is an accurate depiction doesn’t really matter because, as a piece of fiction, it is consistent in its mood.

Aisha‘s use of cinematic shorthand is sometimes clever and works. Unfortunately at other times the film ignores shorthand and dumps an entire song (or three) into the proceedings that do nothing to further the plot besides telling you that the characters are having fun, or are sad, or whatever. There are also times when the shorthand is overdone, and you’re left not quite getting the motivations of the characters or their development through the story, because you were never shown these things.

Like a few of the songs, the product placements in the movie hit you over the head with a blunt club every time. While product placements in big-budget films anywhere in the world do often get ridiculous, they can be tackled with finesse. But when Aisha’s camera changes a lens just to take a tight shot of a bottle of nail-polish being applied by the heroine, you get the feeling you stumbled into a commercial break. Of all the insubtleties that this movie flaunts, to good effect in many cases, that one I could have done without.

The main weakness in Aisha, though, is the insubstantiality of the protagonist’s character-building, and the feeling that the conclusion is inevitable rather than earned by the people involved. Having said that, there is enough to like here. Abhay Deol is his usually suave and intense self, Amrita Puri’s Shefali is very well played, and Amit Trivedi‘s music is immensely hummable.

At the end of the day, I am not enough of a cynic to dismiss Aisha for its many inconsistencies. It kept me entertained, and in most parts it is an admirably slick production, in addition to being genuinely enjoyable. Aisha is not a classic, but it’s a very watchable piece of fiction with a few memorable moments that will keep you smiling and humming bars from its soundtrack for some time to come. 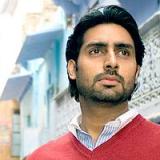