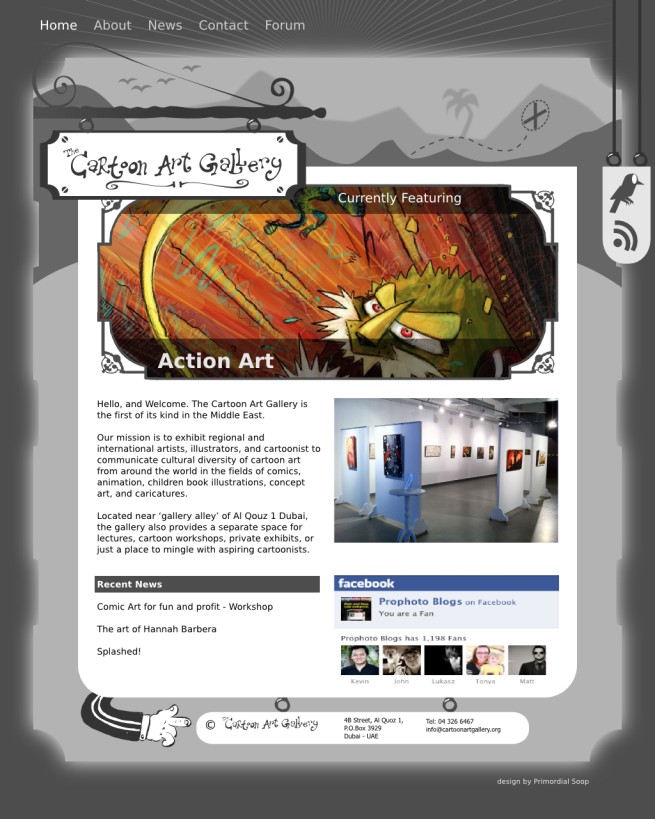 The Cartoon Art Gallery, in Dubai, is a rare breed of art gallery dedicated to the display and promotion of cartoon and animation art, and any visual art which has a pop-culture element to its aesthetic. The founder was very passionate about the subject and wanted a website which would reflect the extremely non-stuffy and fun mood of a lot of the work they would feature, in star contrast to the sometimes unapproachable image of the regular fine art galleries who would be their neighbours and their competition.

My design approach was to give the web layout a very clear sense of place. Cartoons and animation always transported me to somewhere else and I felt the website should feel more like a window into its own little worlds rather than a mere page. The atmospheric scenery in the layout above was what resulted, complete with hanging signs for social media icons and imagined treasure maps.

Ultimately the client choose to go a more subdued route, using existing graphical elements they had created as part of their branding package. The front page layout which resulted was the one below. 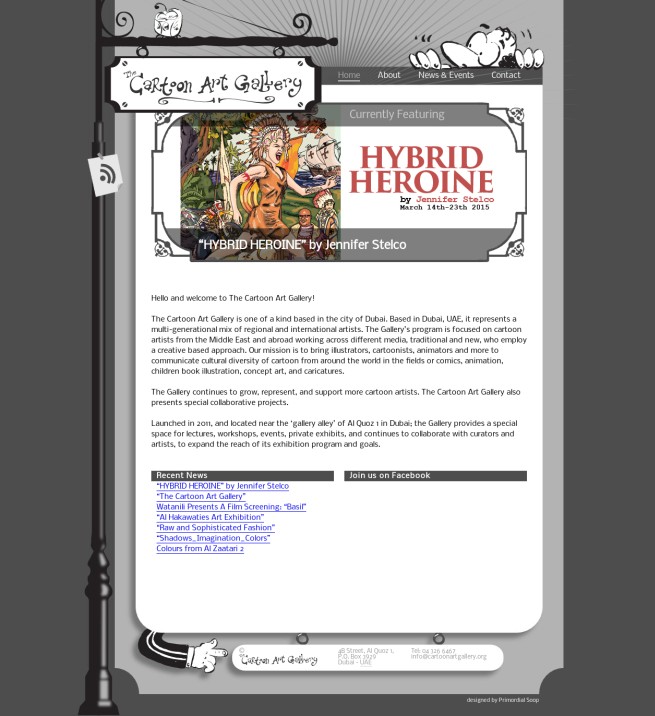 Being a physical entity with real gallery space people could visit, the main push of the front page layout was to have a featured block, where site admins could get the current exhibit information to appear, by tagging the appropriate post which contained all the details.

The fun aspect of it was included wherever possible in this short deadline project which needed to be ready and fairly future proof for some years to come. Interface elements for Twitter accounts and RSS feeds were made to spring up some colour when the mouse pointer hovered over it, this bringing in some bright colour into it while sticking to the generally grey and monochromatic palette, designed to make the featured works stand out.

The site’s aim was to be a simple system which would serve the gallery well for a long time to come, and it has continued to do so since its launch in 2011.