I had a very disturbing vision last night. In a deep reverie between consciousness and sleep I was abruptly transported into the cavernous interiors of the latest largest mall in town, Dubai Mall, which I recently visited. There on the obscene Olympic-size ice rink, bathed in the shifting neon glow of the giant LED screen looming over it, I saw a stampede of teenagers gathered. They were the cool kind of teenager, with their hair spiked just so, and their ill fitting jeans draped around their over-sized sports shoes just so. A murmur filled the air, and when I pushed through the uniform horde to listen in to what they were talking about, I was shocked.

Any self-respecting members of a crowd scene like this should have been saying the word rhubarb over and over again to themselves (classic movie method to create that crowd sound), but in stead they all stared at each other with an implying look and whispered, “Considering the current economic climate …”. It was an eerie scene to be sure, but I wondered what it was about it that truly turned my stomach, besides the bad hair. After all, shouldn’t I be pleased that the young adults of today participate in mature discourse about world economic realities … even if only in my imagination? No it wasn’t that. Then, it struck me, what bothered me the most was that the phrase “considering the current economic climate …” doesn’t mean anything.

Perfunctory social talk is absolute evil. In mindlessness, it is second only to reality television, and that too not by a large margin. In most times there are standard phrases and sentences that most people exchange to make conversation without having anything to say — a passing comment on the weather, a sufficiently troubled statement about the state of traffic on the roads, a generalised remark about a common acquaintance. In most times, however, these fragmentary verbal rituals are limited to a specific groups of people with something in common. Not any more.

You will be pleased to know that the romantic notion of people coming together in a crisis is true. The ongoing world financial crisis has brought together one and all across every geographical, cultural, racial, and sexual divide, in their collective inanity, to say in chorus as a universal panacea to aimless conversations: “Considering the current economic climate …” And there they stop, for to venture any further would be to reveal the lack of any point to the statement. What does that phrase mean really? Does it mean the economic situation is bad? Slow? Passable? Disastrous? Couldn’t you have said “Considering the current economic climate …”, with a dramatic pause to follow, just as effectively at the height of the Dot Com madness of the 1990’s?

Maybe it’s not too much of a mystery as to why the world is going through a recession. It is because of our collective culture of pretence. We need to pretend to be so much more than we are, to have so much more than we have, both in the realms of financial and mental resources. It would be remiss for any modern educated capitalistic citizen of the planet to suggest to the horde that they work to grow either asset. No, why grow when you can borrow? And so it comes to pass that paupers live like kings, and the ignorant parade around their social circles wowing their equally ignorant audience with tantalizing promises of borrowed wisdom such as, “Considering the current economic climate …”. Eventually, of course, the Emperor’s lack of clothing will be pointed out, and thus the advanced consumerist culture we have orchestrated stands today: obese, imbecilic, and stark naked in the winter breeze.

I have come across more than a few articles in recent publications that begin with the masterpiece of a phrase in question, and needless to say, conversations overheard in places both public and private have followed suit. My output on this site has been a bit sparse lately, mainly because I was out of town on a holiday, busy with paper work to do with business, and various other distractions. But why complicate explanations? Let me join my planetary brethren in their collective wisdom to simply say: I could have kept up with my writing, and been more regular on this blog, but considering the current economic climate … 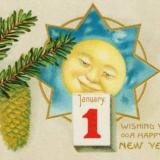