Conformity vs individuality is a matter very close to the discussion about the originality of creative ideas, which I have gotten into before and I am sure I will again. The question of individuality was brought up again recently when I received a comment on my article about creativity and religious thought from Curtis who said:

If your life revolves around what others think of you, as these words seem to suggest, then Ayn Rand is not the author for you.

First let’s tackle the idea of a person so independent they they never under any circumstances care what other people think of them. Some people might call such a person the ideal individual, I would call them dead. Metaphorically? No, I mean literally, because post mortem is probably the only time any human being can truly claim to absolutely not care about what others think. We can all pretend that it is true, but realistically it is one of those ideals we can all strive for but never quite reach. Besides which it would be biologically impossible unless you suffer from a very severe form of autism, or Klüver–Bucy syndrome, or some neuro-chemical dysfunction of a similar ilk.

Next let’s ask a simpler question: Would you want to be so completely cut off from humanity that you never care? Just because something can be achieved or done, should it be? More importantly, do YOU want it to be? If we don’t ask ourselves these questions then there is no thinking involved in our decisions, and a million human follies of the past can be ascribed to not having asked this same question. It is crucial that we take this thought experiment of the ideal individualism and ask what its purpose is. What do you want to achieve by being so “individual”? Is it fame and fortune? Can’t be, because those are simply ways to be more integrated with what people think of you and being more dependent on outside forces. Do you want to achieve some technological marvel? Great, but wouldn’t that be for the benefit of more people? Do you want to achieve some artistic excellence, in art, in literature, in music? Excellent idea once again, but what would be the point if your masterpiece were never seen, read, or heard by anyone else? We come back down to other people once again.

Last but not the least, let’s talk about the incompatibility of free thinking individuality and religious rigidity. If I want to be free thinker, do I really want to subscribe to some predetermined code of individualism? Does it make any rational sense to try to fit into the preconceived requirements of individuality as ascribed by some authoritative club of people who have officially deemed themselves to be individualists of the higher order? “You’re not a free thinker unless you listen to and follow what I and/or so-and-so authority figure says!” That doesn’t make much sense. Not only is it counter-intuitive but it puts the moron back into the oxymoronic.

Individuality and free thinking may not be compatible with religious rigidity and conformity, but they are still perfectly compatible with regular human discourse, learning from other people’s experiences, and caring what other people think. What is incompatible with free thinking is if you not only cared what other people thought, but proceeded to change everything about yourself to conform to their expectations. That is conformity, and conformity is not the same as creative compassion. If you get to the point where you are so scared of caring what other people think that you are unwilling to listen to another viewpoint and take from it what you wish, then you have reached a stage where creative compassion is beyond your means and part of what makes you more than a purely instinctive animal has been lost.

That’s certainly not something a creative person can afford to do, because creativity isolated from function, intent, purpose, and ultimate audience, is random chaos. When I write an article on this blog, I can’t claim that I don’t care what people think about it. I obviously do since this site is publicly accessible and there’s a comment form at the bottom that lets them say what they want about my work. If I absolutely didn’t care, I would scribble these musings in a tattered old diary, you would be none the wiser about what I think, and one day the precious sheets of my thoughts would be recycled to make throw-away paper coffee cups. 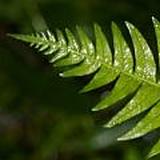 Originality of Creation and the Creativity of Commentary 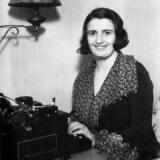 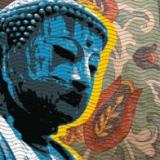