FeedBurner, now part of the Google universe, is a service to enhance and manage RSS feeds that is used by many bloggers. Not being comfortable with hosted services myself, I had written a guide to using some WordPress plugins as FeedBurner alternatives which continues to be one of the most visited articles on this site.

I’m still interested in going back to feedburner. I like to outsource as much as possible 🙂 (with the benefits of new features and updates which I dont have to maintain myself).

However, I have 1 front page feed, 9000 posts feeds, 1000 tag feeds, etc… how in asimovs name can I get each one of them tied to a unique feedburner feed?

Do you have any clue?

No queries asked in Asimov’s name shall go unanswered! So I did a bit of digging around.

Obviously, FeedBurner has its uses, and while I am ever curious about finding ways to replace its functionality, I can understand the reasoning for using it. However, like all outsourced services, especially free ones, I think you are going to find several limations with this service for hardcore usage. I think the need to add 9000 post feeds and 1000 tag feeds to FeedBurner can safely be considered hardcore usage. 🙂

I have no recent familiarity with the inner workings of a FeedBurner account, but I do know you need to add each feed or “burn” it into your account one at a time. In the interest of automation, the original FeedBurner team introduced a Feed Management API all the way back in 2005 [see Feed Management API Reference]. Even in the original announcement on the FeedBurner blog though, they had clearly indicated the limitations:

What can’t you do with the API? Nothing, with one exception. The API has a built-in limit of 20 burned feeds per user id. We will ratchet this down even lower if it’s abused, but that seems like a reasonable number to get started. If you want to burn and manage more than 20 feeds via the API for a single user, you should email our business development group: newbiz at feedburner dot com. Also, you will need to have a valid FeedBurner user account created from the Web site to play.

Customers and partners are granted special powers and the twenty feed limitation is removed. …

Far from ratcheting this limit down, if this Drupal discussion is anything to go by, it was at 30 feeds per account when Google took over. But, it would seem Google has disabled access to the management API all together, at least to the masses.

From the FeedBurner API Developer Guide:

Currently, the Feed Management API is offered only to Google partners who were previously under contract with FeedBurner. We are in the process of updating these APIs to be current with the features we provide, documenting the API better so that publishers can be self sufficient, and making sure the APIs are secure and cannot be abused. We are also looking at how to best support bulk management of feeds through our UIs and APIs in a future release.

… which translates to: Ha! Ha! You can’t play! … or something close.

For now it would seem any dreams of mass automated FeedBurner action are but dreams, and considering Google made many of the paid FeedBurner services free when they took over, a route into Google FeedBurner partnership also seems uncertain. We will just have to wait for Google to unveil their master plan on this front. The only people who know anything more about this are Google themselves, and perhaps a polite query dropped to somone in the right department might get you some educated replies on where this matter stands.

We must keep in mind though, that while applications like Feedburner and Google Reader are now addept at keeping track of specified feeds, a free-for-all feed adding API feature seems unlikely. If that were allowed, it would only be a matter of hours before someone created a WordPress plugin or a Drupal module to auto burn every comment, post, category, and tag feed as it was created. With thousands of new blogs being created everyday, and tens or hundreds of millions of blog posts published every day, the number of feeds that the FeedBurner servers would have to manage and keep track of every day would increse exponentially. It’s safe to say that this sort of near geometric progression would soon reach the limits of all computing power known to humanity, and would make any bandwidth problems brought on by online video distribution seem like a minor hiccup.

So, while we can wait for Google to come to a decision on this matter, infinite FeedBurner feed nirvana is an unlikely scenario without serious science fiction repurcussions. But, feel free to tell me I don’t know what I’m talking about below. 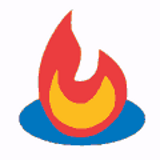 How to assemble a Feedburner alternative using WordPress plugins 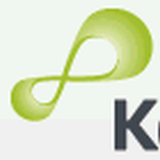 How to Setup Kontera ContentLink in WordPress 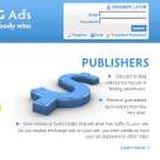